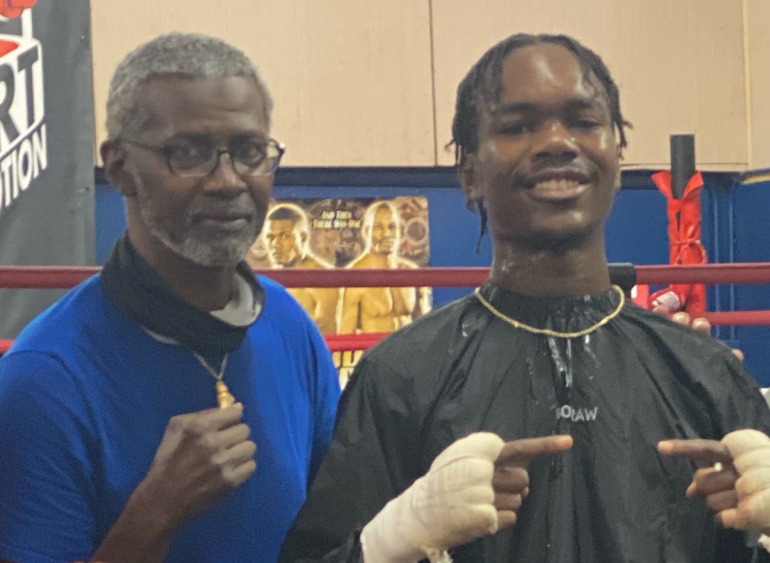 Holyfield, who is originally from Atlanta, Georgia, and now resides in Houston, Texas, improves to 7-0, 5 knockouts.

Holyfield was the more polished fighter of the two, outboxing and hurting Cicero in the opening round. Holyfield continued to punish Cicero, dropping him four times during Round 2. To his credit, Cicero was game after getting up from each knockdown but would continue to receive punishment at the hands of Holyfield.

Moments after the start of Round 3, Holyfield dropped Cicero, prompting an immediate stoppage.

Holyfield made his pro debut in November of 2019, on the undercard of the Canelo Alvarez-Sergey Kovalev WBO light heavyweight title fight, stopping Nick Winstead in 16 seconds of the opening round.

Cicero, who is originally from San Luis Potosi, Mexico, and now resides in Fishers, Indiana, drops to 15-19-3, 7 KOs. The 38-year-old has now lost six of his last seven bouts.

Light heavyweight James Perkins, of nearby Lynn, Massachusetts improved to 5-0-1, 4 KOs by knocking out Anthony Murray at 31 seconds of the opening round. Murray, who resides in Fair Haven, Vermont, was making his pro debut.

In junior welterweight action, Alejandro Paulino dropped Carlos Galindo (1-16) of Woburn, Massachusetts, twice to win by knockout in the opening round. Paulino, who is originally from the Dominican Republic and now resides in New London, Connecticut, improves to 3-0, 3 KOs.

Middleweight LaQuan Lewis, a 40-year-old from Brooklyn, New York, dropped Mike Taylor of Ticonderoga, New York, twice in Round 2 to win by knockout. Taylor was making his pro debut.