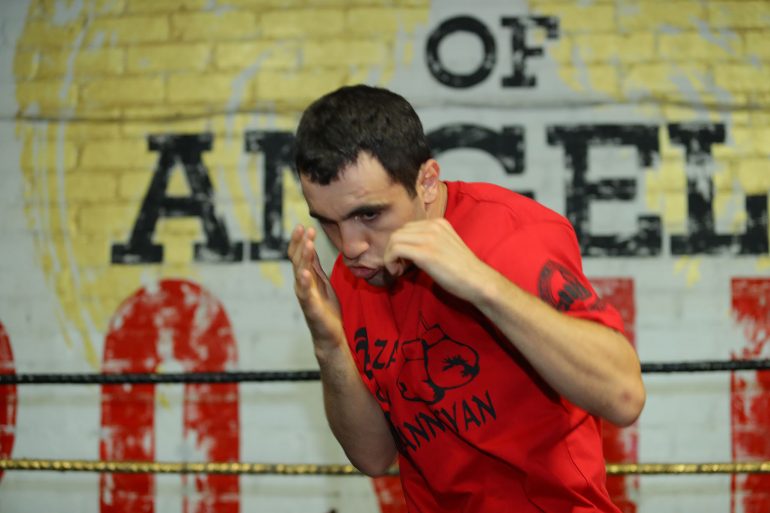 Hovhannisyan, who is rated No. 8 by The Ring at 122 pounds, had mixed emotions when it came to his performance.

“I really wanted to knock him out,” Hovhannisyan (20-3, 16 knockouts) told the Ring through his manager Egis Klimas. “I know that’s what the fans want.

“At first, [I was] not very happy, but after seeing the fans and [knowing] that they were still pleased with the performance, I felt a lot better. I’m very critical of myself, so it’s hard sometimes in the moment to appreciate the good work.

“I’m happy I got the win and happy I went 10 rounds. It has been a few years since I have had good rounds in a fight.”

The big-punching Armenian-born fighter, who will turn 33 in mid-August, has won six consecutive fights since dropping a spirited 12-round unanimous decision to then WBC titlist Rey Vargas in May 2018. He is hungry for a second world title shot.

“Anyone with a fucking belt,” Hovhannisyan said excitedly when asked who he wanted to face next. “Or at least a premier fight on a big stage so people who don’t know who I am and how I fight can see me get to work. I think everyone will enjoy my fighting style.”

Manager Egis Klimas, who is famed for his work with Sergey Kovalev and Vasiliy Lomachenko among others, thought his fighter put on a crowd-pleasing effort against Gonzalez.

“His last performance was good,” said Klimas. “He went toe-to-toe with a tough fighter and won every single round.

“As far as what is next, we have to discuss with [our] promoter [Golden Boy]. Azat is ready to face anyone in his weight class.”