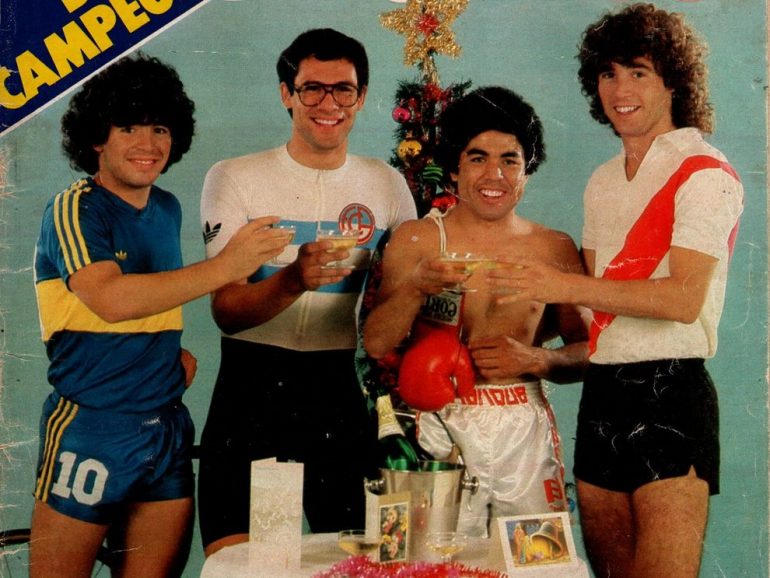 Former WBA junior featherweight titleholder Sergio Victor Palma passed away at the age of 65 on Monday in the coastal city of Mar del Plata, Argentina, where he had relocated a few years ago, according to several reports from friends on social media. COVID-19 was mentioned as the leading cause of his demise, coupled with complications from previous conditions.

Palma was suffering from Parkinson’s and had a stroke several years ago after a car accident. In spite of all this, he continued training fighters and occasionally giving lectures on boxing. He also had a parallel career as a singer-songwriter, releasing his debut album while he was still champion in the early ‘80s and continuing to perform into his ‘50s.

Palma (52-5-5, 20 KOs) was born in poverty in La Tigra, a small town in the northern province of Chaco. He made his debut in January 1976 and only four years later in December of 1979 made his first attempt at a world title, dropping a decision in 15 rounds to Ricardo Cardona in Barranquilla, Colombia.

Less than a year later, Palma traveled to Spokane, Washington, to face former 1976 Olympic gold medalist Leo Randolph for the same WBA belt that Randolph had wrestled from Cardona only three months earlier.

He would stop Randolph in the fifth round of a scheduled 15-round bout. Randolph would subsequently retire. Randolph still holds the record for the shortest-ever title reign (three months) and the shortest career ever for a world champion (two years and fifty days).

Palma would make five defenses of his belt before losing it to Dominican Republic’s Leo Cruz (a fighter that Palma had already defeated in his second title defense) in Miami in June 1982. He continued in semi-retirement for a few years, fighting only six more times before retiring for good in 1990.

Following his retirement, he suffered a few severe financial loses, going bankrupt after losing a restaurant and two nightclubs. He had recently opened a boxing gym but had to close it due to his poor health. In the last act of his legendary kindness, he donated his gym’s ring to his former foe Ramon Sosa, a fighter against whom Palma was awarded an unfair decision win (as he later admitted) in 1983. This action was reported recently by Ernesto Cherquis Bialo, dean of Argentine boxing writers who covered most of Palma’s career.

A few of fellow Argentine fighters gave us a quick reaction upon hearing the news.

“The first boxing match that I ever saw in my life was his fight against Leo Randolph,” said former cruiserweight titleholder Marcelo Dominguez. “Actually, probably I saw another one earlier on… but I remember going back home throwing punches in the air after seeing Palma! We lived in the projects in Buenos Aires, and they had placed one of the first color TVs that we ever saw back then in a local store, where they were going to raffle it. And they showed the fight on that day, and the whole neighborhood turned up to watch it. After that, I met him in person and he was an awesome person, we had a great friendship. He was always very helpful with everyone. I have great memories from him, not only for being a warrior in the ring, but as a person as well”.

“I knew him very well,” said former lightweight titlist Raul ‘Pepe’ Balbi in a phone message. “When I began training at the Argentine Boxing Federation back in ’86, he was there, and I was able to spar with him when he was trying to make a comeback. I was 14-years old. When we created a boxer’s union, he was our president. I am very proud to have walked alongside him. He always had my respect and my admiration.”

One of Palma’s last disciples, however, had to choose a different way of conveying her feelings.

“It hit me very hard, and I can barely talk, so I will write this out,” said Andrea Sanchez, another Chaco native and former IBF title challenger who came to Buenos Aires trying to become a boxer and was almost literally adopted by Palma, who allowed her to live in his apartment with him during Sanchez’s first few years in the big city in which Palma had arrived with his mother with the same plan some thirty years earlier. “He left a mark in my life, he taught me how to walk the streets of this town and helped me get started in boxing when I was a very young girl. He was an angel, a mentor in my life. He was more than a champion, he molded me from being a kid with a dream to being a grown-up with a purpose. I owe him so much and I gave him so little that I am heartbroken right now.”

Sanchez, coming back from a long hiatus in which she gave birth to her first-born son and lost her current coach to COVID, also remembered Palma’s love of poetry, music and writing, three endeavors to which the former champ devoted a portion of his life.

“He loved being interviewed, and every interview he gave helped him rejuvenate his spirit”, said Sánchez. “I trained today remembering him and crying all day. Write his story, and don’t let the champ’s memory die with him.”

Referee Stanley Christodoulou, who was the third man in the ring when several of the most important pages of Argentine boxing were written, also remembered Palma with kind words.

“I was saddened to learn of the passing of former WBA junior featherweight (titlist) Sergio Palma,” said the South African official. “I referred his world title shot against Leo Randolph when he took the crown with a 5th round TKO way back in 1980. Sergio continued the long tradition of Argentinian fighters, proud, brave, skilful and tenacious. As a boxer, he was at his best that evening when he became a world champion. The world of boxing, particularly Argentinian boxing, should celebrate and be proud of the careers and deeds of warriors like Sergio Palma.”

Palma is survived by four children and several grandchildren.