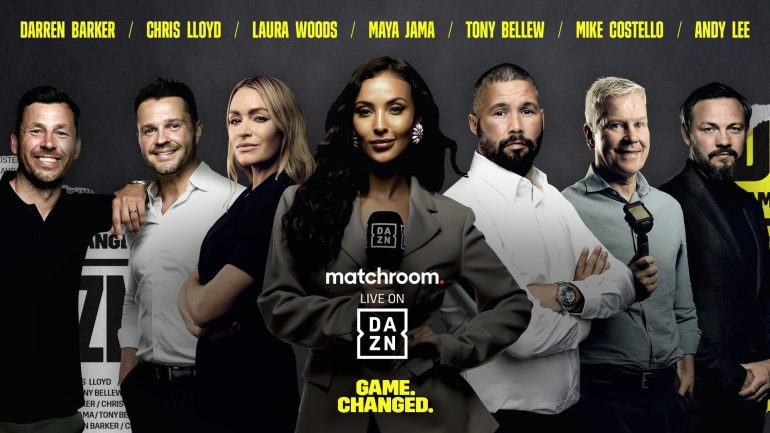 Mike Costello has been named as the new lead commentator for Matchroom’s boxing content on DAZN in the UK.

The much sought after and highly-respected former BBC man was at the top of Eddie Hearn’s shopping list after a stellar career working in radio, on TV, recording podcasts and writing for the BBC. His multi-platform experience would have been a major asset, but so is his experience, having covered more than a decade of high-profile fights and also having been the BBC’s point man for athletics, doing live commentary on several Olympic Games (including boxing), having covered all manner of events, from marathons to the prestigious 100m finals.

DAZN also announced that former world cruiserweight champion Tony Bellew will be part of the new UK team, former WBO middleweight titleholder Andy Lee and presenters Maya Jama and Laura Woods, along with former IBF middleweight champion Darren Barker who has been working on pre and post Matchroom shows with Chris Lloyd, who has also retained his position in that partnership in the DAZN line-up.