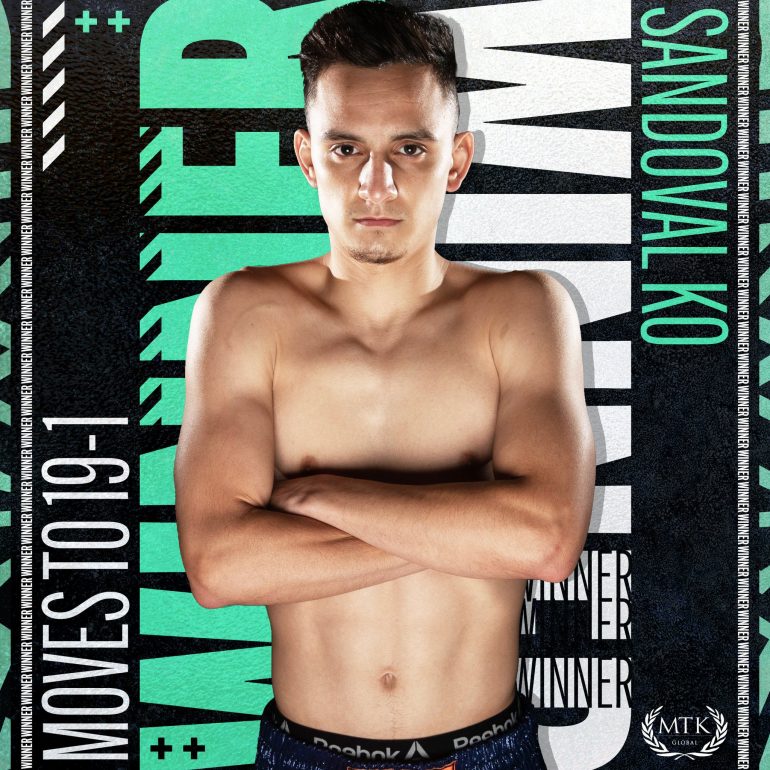 Ricardo Sandoval announced himself on the world flyweight scene with an impressive eighth round knockout over the favored Jay Harris in an IBF eliminator at Bolton Whites Hotel, Bolton, England.

Although both men had their moments in the first couple of rounds it appeared as though the heavy-handed Mexican American Sandoval’s strong jab was the difference maker.

To his credit, Harris, who entered the fight rated No. 8 by The Ring at 112-pounds, used his work rate to gain a foothold in the fight in rounds three and four.

The action ebbed and flowed over the next couple of rounds with both men landing good shots. However, it was Sandoval’s power-punching that cut Harris left eye in the sixth round.

While Harris (18-2, 9 knockouts) dug in and tried to fight fire with fire he was ultimately outgunned when the 22-year-old from Rialto, California landed a devastating left hook to the body midway through the eight the saw the Welshman sink to the canvas. He gathered himself and fought on gamely before Sandoval threw another sickening left hook to the body, again Harris dropped to the canvas. He was visibly in pain and counted out by referee Michael Alexander at 2:12 of the eighth round.

“I feel amazing, all the hard work paid off,” Sandoval (19-1, 14 KOs) said afterwards. “I’ve been working hard for the past three-months. I was ready to go.