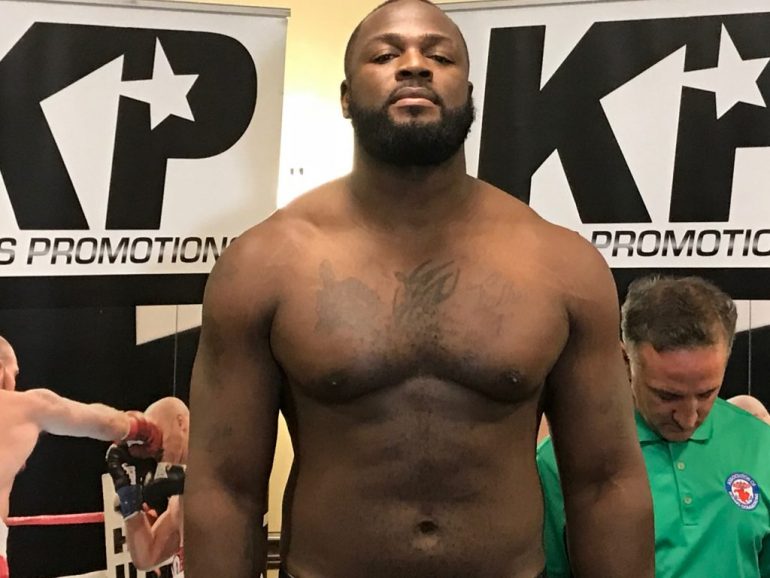 After an impressive run of knockout wins in recent fights, heavyweight Michael Coffie will step up the level of opposition in his next fight.

Coffie (12-0, 9 knockouts) will his hands full as he will take a significant step-up in opposition against Washington, who will have a slight height advantage going into the fight. Coffie, who resides in Brooklyn, New York, dropped Darmani Rock twice in round 3 en route to a knockout victory in his last bout on January 30.

The 35-year-old has stopped his last four opponents, including Luis Eduardo Pena on August 8 and gatekeeper Joey Abell three months later. Despite being at a disadvantage in the number of fights fought and level of opposition faced thus far as a pro, Coffie believes now is the right time to face a fighter the likes of Washington.

“This is going to be a really good fight,” said Coffie, who turned pro almost four years ago after serving in the United States Marine Corps. “It’s a fight I need to get me moving in the right direction. I’ve been wanting to fight Washington for a while now. He’s only been beat by top level guys, and this is a way to prove that I belong in that class. It’s amazing to be headlining on FOX. This is a ‘no guts, no glory’ kind of fight. I have to take advantage of this opportunity in a step-up fight.”

Washington (20-4-1, 13 KOs) challenged then-WBC world titleholder Deontay Wilder in February 2017, losing by knockout in round 5 in what was a competitive fight. Since then, he has lost three of his last five bouts, including knockout losses to Jarrell Miller, Adam Kownacki, and, in his last bout on February 20 of last year, Charles Martin.

Despite his recent struggles in the ring, Washington believes he has the pedigree to defeat Coffie and get back into title contention.

“I’m real excited to be back in the ring and back on FOX,” said Washington, who was a standout football player at the University of Southern California and served in the United States Navy. “This is another major opportunity for me and I’m going to do everything in my power to fully capitalize on it. Michael Coffie is a good fighter. I like what I’ve seen from him so far. Not to mention, we’re both veterans. I’m looking forward to this fight and I expect fireworks. I believe my experience will carry me to victory. “

In the co-feature, welterweight Vito Mielnicki, Jr. will face James Martin in a rematch from their April 17 clash.

Mielnicki (8-1, 5 KOs), who resides about 12 miles away in Roseland, had knocked out Noe Lopez seven weeks prior to the Martin fight. Mielnicki entered the Martin fight at 151 pounds, 4.5 more than the Lopez fight, and looked sluggish as Martin was the more-effective fighter throughout the eight-round bout.

The 19-year-old is confident he will not make the same mistakes as he did in the first fight against Martin.

“I believe everything happens for a reason and everyone has their own path,” said Mielnicki, who is trained by Joe Goossen. “James Martin was the better man that night in our first fight, and I know what to expect from him come July 31. You won’t see a young prospect doing what I’m doing, making a rematch only four months after my first career loss, in my hometown and in front of my family and friends. Expect nothing but fireworks on July 31. I can’t wait to show the world why I’m different.”

Martin (7-2) had lost to unbeaten prospect Xander Zayas by unanimous decision eight weeks prior to the Mielnicki fight. Martin, who resides in Philadelphia, Pennsylvania, began his pro career having won six of his first seven fights.

“I am going for the knockout this time,” said Martin, who is promoted by Marshal Kauffman. “You will see me fight better. I feel I have the advantage, because I gave him his first loss, and he will always have that in the back of his head. I don’t think that he can bring anything different in the rematch.”

In the opening bout, junior middleweight Joey Spencer (12-0, 9 KOs) of Linden, Michigan will square off against Dan Karpency (9-3-1, 4 KOs) of Adah, Pennsylvania in an eight-round bout.