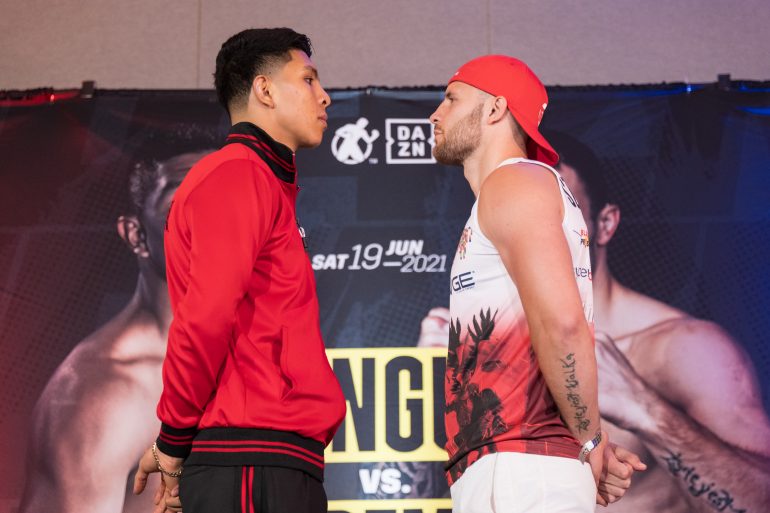 Jaime Munguia plans to send a message to the middleweight division.

The popular Mexican contender will face late replacement Kamil Szeremeta Saturday in a 12-round, DAZN-streamed main event at The University of Texas at El Paso’s Don Haskins Center.

Munguia (36-0, 29 knockouts) was initially slated to face Maciej Sulecki on April 24 at the aforementioned venue, but the perennial contender Sulecki suffered an elbow injury, and the bout was moved to June 19. However, Sulecki withdrew again, but this time they found a replacement in Szeremeta, who is fresh off his first professional loss to former middleweight champion Gennadiy Golovkin last December.

“I think I need to make a statement,” Munguia said. “I’m on the rise, so I have to keep doing things better with each fight. We have a great fighter in front of us.”

Szeremeta, who was knocked down four times by Golovkin but was credited for his valiant efforts to push through, is not concerned about the underdog for the second time in as many fights.

“This fight will be great. I’m not worried about being in a place that will be full of Jaime Munguia’s supporters,” he stated. “I don’t even care — I’m used to this. I’m always fighting in other territories.”

16 of his first 18 pro bouts took place in his native Poland. However, Szeremeta has fought just once in his home country in the past several years. The moment he steps into the ring to face Munguia will mark his third consecutive bout in the United States.

“We have a lot of respect and admiration towards him [for taking this fight],” Munguia added. “We have to make sure we do things correctly so that we get a big fight next.”

The 24-year-old Munguia, who held a junior middleweight title before moving up to 160 pounds a year ago, has racked up three consecutive victories by way of knockout.