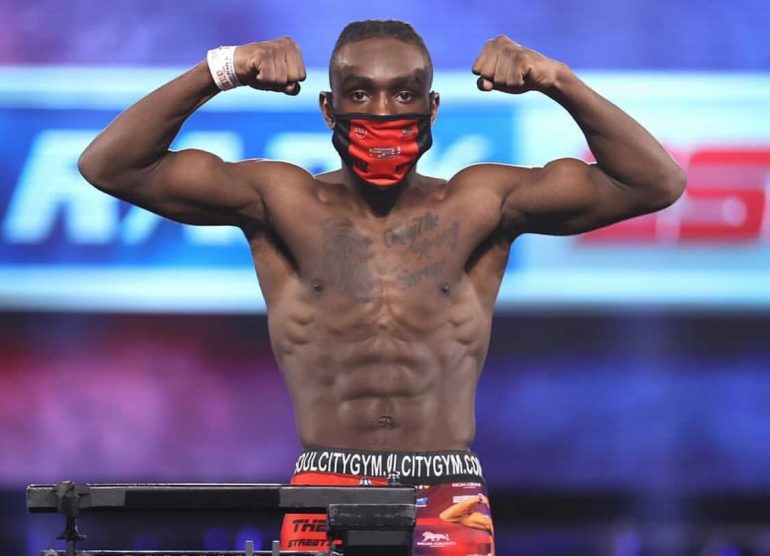 Haven Brady Jr. would often look at himself in the mirror and hope. He would wake up the next day, and the day after that, and still hope. Nothing. No resolutions. No movement.

He was the pintsized Allen Iverson of Albany, Georgia, weaving through a maze of outstretched arms, hands and legs all designed to stop him on a basketball court.

There was just one glaring problem—Brady was short. Real short. He also had an answer as to why he would never be “The Answer,” Brady’s all-time favorite basketball player—boxing.

Something had to give way in his dual passions.

The 5-foot-6 Brady came to a conclusion his junior year of high school that he wouldn’t be another Iverson in the NBA, but he could be another Floyd Mayweather.

Out went basketball. In came boxing.

“It’s one of the toughest decisions I’ve made in my life, giving up basketball,” said the undefeated 19-year-old featherweight. “I weighed the pros and cons, and what would be better for me later in life, with my height and the way everything was going.”

It proved to be a wise choice.

Brady, who is trained by Roshawn and Otha Jones, Charles Conwell’s trainers, is promoted by Top Rank and managed by David McWater’s Split-T Management. His distinguished amateur past includes garnering a gold medal at the 2019 Junior National Olympics.

The next step in his progression will be facing Manuel “Gansito” Lara, (2-6), of Ciudad Victoria, Mexico, in a four-rounder. 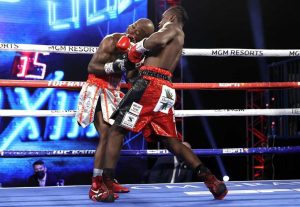 Haven Brady Jr. comes with some pop in his featherweight fists (Photo courtesy of Split-T Management).

Because of the pandemic, Brady had to fight in the Top Rank Vegas bubble. Now with COVID-19 restrictions lifted, this will mark the first time Brady will fight before a crowd as a pro.

“I’m looking forward to fighting before a live audience and hearing the crowd react,” said Brady, who earned an associate degree in business management at Albany Technical College with a 3.5 GPA, before transferring over to Clark Atlanta last fall. “I’m really looking forward to this opportunity, being on this card.

“I have a lot of family and friends coming down and I want to put on a devastating performance.”

Also featured on the undercard will be for The Ring womens’ super middleweight and undisputed 168-pound world championship between WBO/WBC titlist Franchon “The Heavy Hitting Diva” Crews-Dezurn, (7-1, 2 KOs) and WBA/IBF title holder Elin Cederroos, (8-0, 4 KO) over ten rounds. Cederroos is rated No. 1 by The Ring and Crews-Dezurn is No. 2. The winner brings home The Ring Magazine title belt.

Undefeated junior middleweight Nikoloz Sekhniashvili, (7-0, 5 KOs), of Gori, Georgia (country), will see action in against an opponent to be determined in a scheduled six-rounder.