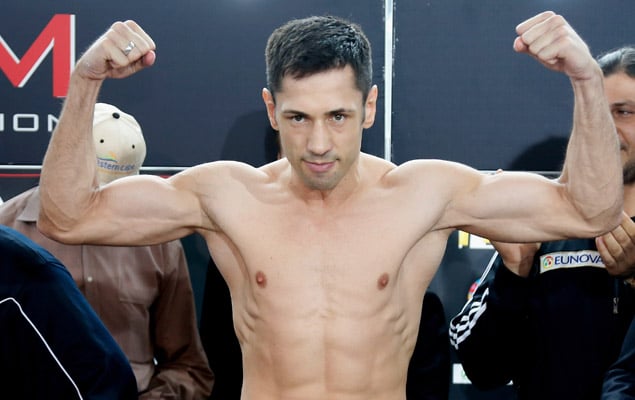 Sturm, 42, previously held world titles at middleweight and super middleweight but was away from boxing for almost five years, dealing with a myriad of legal issues, which are now behind him.

He returned to action with a shutout decision win over Tim Rost last December, but Kraft has a bit more professional experience.

“He’s 24 years old, he’s young, ambitious, undefeated, and it’s a very big chance [for him] to get attention from outside Germany,” Sturm (41-5-3, 18 knockouts) told The Ring. “It’s a good opportunity for him and he’ll be motivated like never before in his career.

“I’m fighting at light heavyweight for the first time, [and fighters of that size] have so much more power. [Kraft] moves good, he’s fast, he has good body shots, he fights, he looks for his chance. He wants to build something up with boxing and I wish him all the best for this fight.”

Sturm, who spent eight weeks training with best friend and former boxer Maurice Weber at his gym in Koln, feels that his experience will be key.

“I’m a fighter, I’m just focusing on myself and my training,” Sturm said. “I don’t look at what James Kraft does because I’m a strong believer that if you focus on yourself, everything will be well.”

The ex-champion still carries plenty of ambition and has plans for the future.

“I would like to fight in the States against a big name and [have] one fight in the U.K., that is a dream of mine,” said Sturm.

“In the United States, boxing is different, it’s like a festival, everybody knows there is a fight, no matter if you’re in New York City, Los Angeles or Las Vegas – it’s something special. They know how to promote a fight.

“I won my third world title against Darren Barker, he’s from the U.K. The plan was to have a second fight in the U.K., but [Barker] retired, so I never got the chance.” 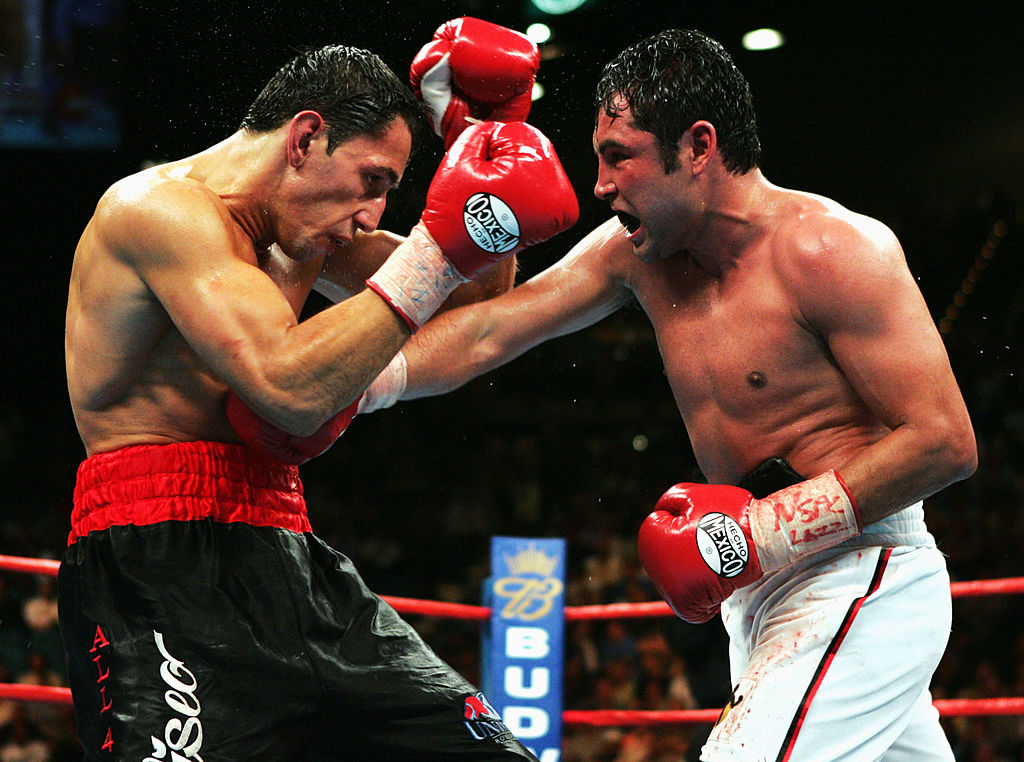 Another potential fight would be a rematch with Oscar De La Hoya. The pair met in June 2004 and De La Hoya won a controversial 12-round unanimous decision, claiming Sturm’s middleweight title in the process. Although De La Hoya has floated the idea of a return to the ring, Sturm doubts that such a fight could happen.

“Oscar has plans for the future, and if I can fight him it would be great,” he said. “I was only five years out of boxing, he was out 10-15 years. He saw my last fight and I don’t believe he would like to fight against me.

“I think he’s looking for someone he can shine against. He will choose an opponent [that] he can show his skill and speed [against]. That’s OK, it’s a long break, and after so long you need somebody you show everything [against] and feel confident, not somebody who will punish you in all 12 rounds. That is the reason he won’t choose me.”

The German isn’t getting ahead of himself in terms of his career and is focusing solely on June 19.

“I’m just going fight to fight,” Sturm admitted. “I’m 30 years in boxing. Hopefully everything will be fine and there will be three or four more fights, then I will step back for the younger generation. I’m like the last warrior here in Germany.

“We have a few good kids here; they have talent, we need some TV stations, we need streaming, we need something to give these guys the opportunity to show their skills. Hopefully we can build something up new with Universum Box Promotion, we are partners and working on that. It’s important that I show a good performance.”

Kraft (19-0-1, 10 KOs) turned professional in 2014. All but one of his fights has taken place in Germany, and although unbeaten, he has an eight-round draw against Bernard Donfack on his record.

Sturm is 18 years Kraft’s senior but he still represents a significant step up in class for the younger man.