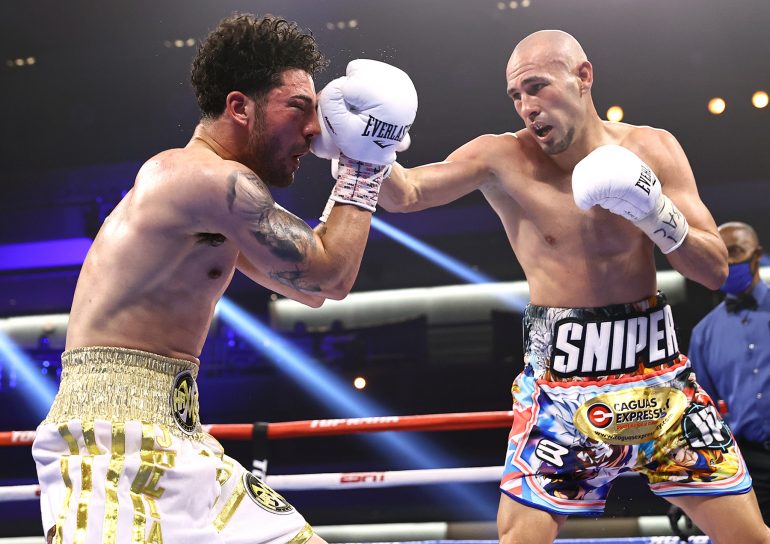 The veteran welcomed his younger pupil to his boxing masterclass.

The scheduled 10-round, junior welterweight bout, served as the chief support to the 12-round main event featuring 130-pounder Shakur Stevenson taking on Jeremiah Nakathila.

Pedraza, who has won titles at junior lightweight and lightweight, lived up to his name “Sniper” in the third round. He connected with a series of sweeping right hands that landed on Rodriguez’s chin. By the end of the frame, his left cheekbone also showed signs of significant swelling.

“My experience was too much for him. I was hungrier than him,” Pedraza said.

He went right back to peppering Rodriguez in the fourth round with the jab and followed up with a slew of right hands and constantly changed levels, which kept his younger adversary confused.

Rodriguez (21-1, 14 KOs), who came in 1.4 pounds for the fight and agreed to pay Pederaza an undisclosed amount of money from his purse, continued to struggle against the tricky southpaw in round six. The ever-steady Pedraza piled up more points as he picked Rodriguez apart, causing redness to accumulate around both eyes.

In the eighth round, the 32-year-old Pedraza (29-3, 13 KOs), of Puerto Rico, was in complete control, popping Rodriguez with the jab and mixing in the straight left hand and a few uppercuts, punches that forced Rodriguez to ask himself serious questions about continuing.

After returning to the stool, Rodriguez, 26, of Hasbrouck Heights, New Jersey, informed his father and trainer, Alex Devia, that he was unable to see out of his left eye, and the bout was stopped.

After the fight, Pedraza said that he wants all the big names in his division.

“With this performance, I sent a message to those big names. The ‘Sniper’ is on the hunt. I want to make history for Puerto Rico.”