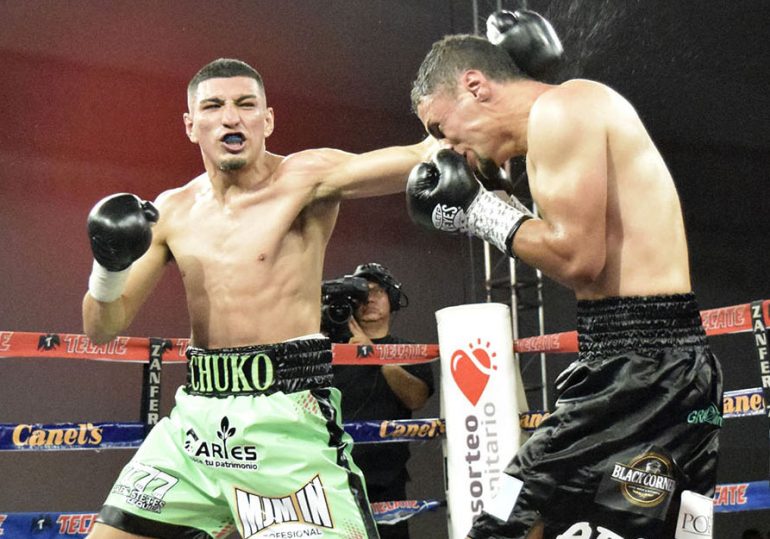 Carlos Diaz is on the cusp of becoming a legit contender at 140 pounds. An impressive victory Saturday night over Elvis Torres at the Grand Hotel in Tijuana, Mexico could make that a reality.

The 10-round bout will headline a Zanfer Promotions card that will air live throughout Mexico on TV Azteca.

Diaz (29-1, 14 knockouts), who resides in the boxing hotbed of Guadalajara, Mexico, last fought on January 16, stopping gatekeeper Eleazar Valenzuela in the sixth round. It was Diaz’s first fight in almost two years.

The 26-year-old has won his last three bouts since losing by knockout to Jose Zepeda in June 2018. In that bout, Diaz dropped Zepeda in Round 4 and looked to be in control before his opponent rallied to hurt him and score a stoppage in the fifth.

A boxer-puncher and a pro for almost 10 years, Diaz is at the peak of his career and believes a shot at a world title could come in 2022, should he continue scoring impressive victories.

Southpaw Torres (19-1-2, 11 KOs) has not fought since June 2018, when he was stopped in the opening round by junior lightweight contender Ricardo Nuñez. He will be taking a significant step up in opposition and in weight as this is his junior welterweight debut.

An unbeaten prospect, also from Guadalajara, will fight in the co-feature. Junior welterweight Diego Torres will square off against Francisco Piña in an eight-round bout.

Torres (8-0, 8 KOs) stopped former lightweight contender Nery Saguilan in the opening round of his last bout on March 13. He has not fought past the second round in his career thus far.

Piña (16-18-7, 7 KOs), who resides in nearby Ensenada, has lost five of his last eight bouts. In his most recent outing, on March 14, he was stopped in seven by Rene Tellez Giron.

Despite COVID-19 cases dropping dramatically in Tijuana, Saturday’s card will not have fans in attendance in accordance with health mandates from the local government.