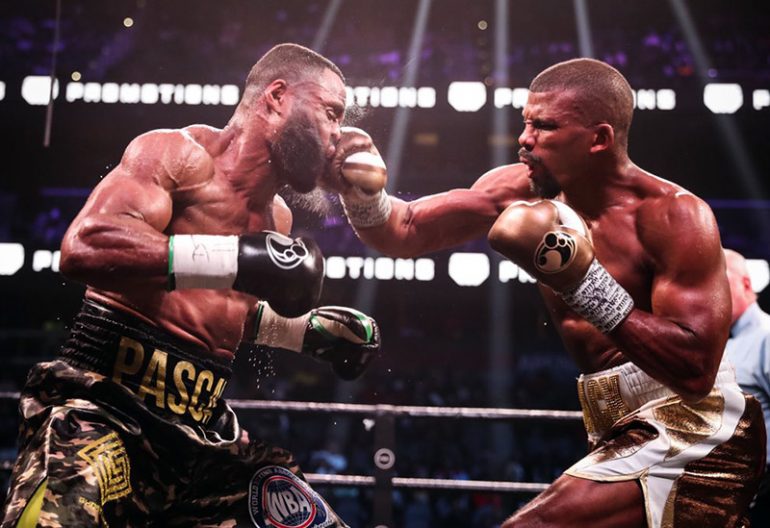 Badou Jack won’t get his chance to avenge his loss to Jean Pascal next Sunday, but he did get a measure of schadenfreude after the Canadian failed a pre-fight drug test.

The fight, which was scheduled for the Showtime pay-per-view card on June 6 headlined by Floyd Mayweather Jr. against Logan Paul, was to be a rematch of their 2019 bout, which Pascal won by split decision.

“We suspected he was dirty the first time around and @Vada_testing confirmed it this time,” tweeted Jack (23-3-3, 13 KOs). “I’m still fighting on June 6th and my team is looking for a replacement opponent.”

My fight with @jeanpascalchamp is OFF as he tested positive for 3 different steroids. We suspected he was dirty the first time around and @Vada_testing confirmed it this time.
I’m still fighting on June 6th and my team is looking for a replacement opponent.
Alhamdulillah 🙌🏾 pic.twitter.com/hXIw6LOF8L

Jack later called Pascal a “cheater” and a “coward” in a follow-up tweet.

A direct message to Pascal’s adviser Greg Leon was not responded to by the time of this story’s publication.

Jack added that this isn’t unfamiliar territory for him. His 2016 fight against Lucian Bute was changed from a draw to a disqualification win for Jack after Bute failed a post-fight test for the banned substance Ostarine.

“Btw…this wasn’t the first time this happened to me. Lucian Bute took steroids for our fight & now Jean Pascal. Are you so scared of a fair fight with me that y’all need to take steroids to fight me?,” Jack tweeted.

The 38-year-old Pascal (35-6-1, 20 KOs) has been on a career renaissance of late after winning back to back fights against Marcus Browne and Badou Jack in 2019.