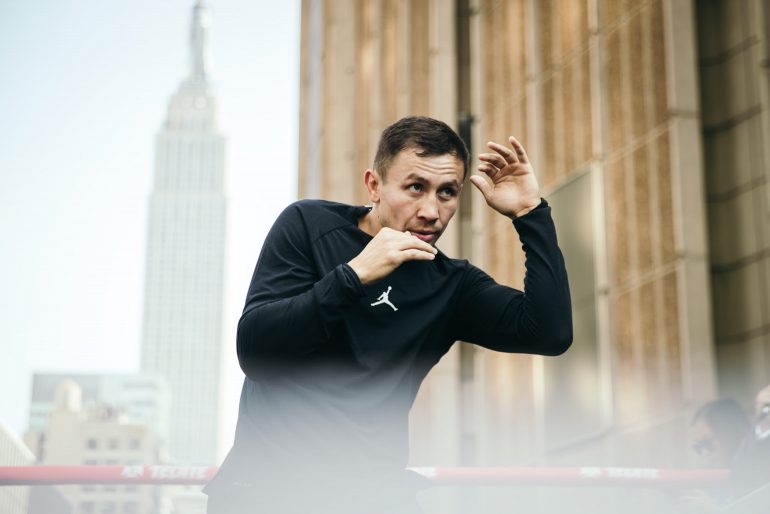 Photo by Amanda Westcott / DAZN
27
May
by Ryan Songalia

Gennadiy Golovkin appears headed towards a big fight in 2021 – without Canelo Alvarez in the other corner.

The IBF middleweight titleholder has reportedly agreed to a unification showdown with WBA title claimant Ryota Murata for December 28 in Tokyo, according to a report in The Athletic.

Beforehand, they’ll face opponents in the Summer, the report states.

An attempt to reach Tom Loeffler, who promotes Golovkin, was unsuccessful Thursday afternoon.

The matchup between the 39-year-old Golovkin and 35-year-old Murata has been discussed at least since 2018, but the pair appear to finally be on the way towards making it come to fruition.

Golovkin (41-1-1, 36 knockouts) is coming off a seventh round stoppage of Kamil Szeremeta in December. Prior to that he won the title he currently holds in a thrilling brawl with Sergiy Derevyanchenko, whom he defeated by unanimous decision in October of 2019.