Heather Hardy undecided about fighting on, but has put loss in perspective 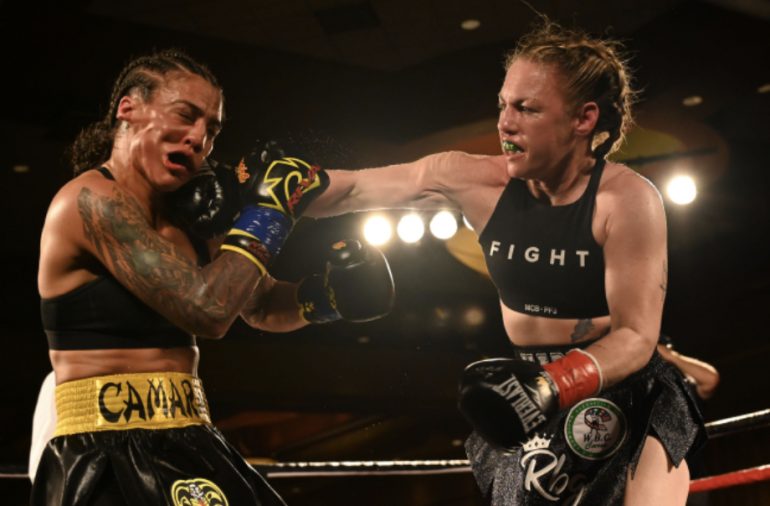 Hardy lands a right on Camara. Photo by Emily Harney, for DiBella Entertainment
27
May
by Michael Woods

The day after her fight, I messaged Heather Hardy, seeing if she wanted to give her two cents after taking an L against Jessica Camara in Tennessee.

“Too soon, Woods,” she replied. “I gotta get my thoughts together.”

It took her a little while to do that, and that makes sense. She was on a high coming in, she’d beaten back depression and detrimental “coping” mechanisms as that Covid atmosphere in NYC made her a bit loopy. That high came to a halt when Camara, a 7-2 Canadian, scored a unanimous decision after eight rounds of lightweight action.

Heather Hardy (pictured above landing on Camara in photo by Emily Harney for DiBella Entertainment) tended to her wounds, all psychic, not of body, and pondered. The pondering lasted maybe a bit longer than it would have had this happened, say, five years ago. The Brooklyn-based athlete turns 40 in February, so she’s aware that she won’t be doing the ring thing for too much longer.

“Too emotional to make decisions right now I think,” she said, when I asked what direction she’ll go in…Retire? Go to 130? Back to 126?

Heather Hardy stands out as a model of persistence and toughness and has a strong following on social media, with many of those fans expecting and appreciating her from-the-heart posts which typcally mix humor, real talk, self deprecating banter, corny dad jokes and such. So, her May 26 Instagram post in which she offered up some takeaways from her fight with Camara was met with across the board plaudits.

“We’re only alive for a short time,” wrote the 22-2 New Yorker Hardy. “To lose, eventually, is inevitable. It sucks to lose. It’s disappointing. It’s embarrassing. I’m sad for my team and my fans who I let down. I’m sad that the months of hard work and sacrifice don’t come with a happy ending. It’s heartbreaking that during months of blood, sweat, and hungry dehydrated tears I was picturing and planning all my victory laps, and it never came. All that, just to end in sorrow. 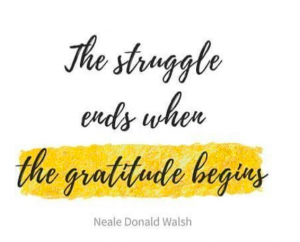 This meme card accompanied the Heather Hardy note to her followers.

“But losses- any kid of L… will never define you. There is just no way in hell I’ll let three judges who thought the other girl scored more points than me define how I view myself as a woman or a fighter. Bad form, no form, ring rust, a long layoff, looking uncomfortable, not in control…. too big a weight jump. Man…. none of that will define me, or diminish all the incredible peaks and valleys I’ve had in my ten year career. I am a fucking champion. PeriodT! (As my daughter would say!)

“Have you lost at something lately? Let that shit go. Move on and learn. Embrace the entire journey that it took for you to get to the top of that mountain and clap for yourself every chance you get. You live, you learn. Like Blimp says…. it can’t be your birthday everyday. 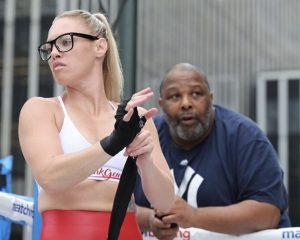 I read it, and reacted.

Basically, in so many words, I messaged Heather Hardy and shared how impressed I was. She didn’t cling to explanatory “life preservers,” and go through round by round why she thinks she deserved the judges’ nod. That route would only serve, perhaps, to diminish the admirable acceptance level she’s reached after losing to Camara.

I pressed again, being that pesky journalist at heart—does she know what she’s gonna do next? “Haven’t thought about it enough to put it into words yet,” she told me.

And Heather Hardy ended with a joke, a pretty good one that I inappropriately shared with my ten year old: “Q) What’s a kidnappers’ favorite shoes? A) White Vans.”

It’s a really good mindset to be able to access—take a step back, see that bigger picture, understand that losses will be experienced. Tears will be shed, because losing hurts, but after feeling the sadness, allow the lightness to re-enter, and laugh.