Felix Valera and Reinaldo Gonzalez to square off tonight via YouTube 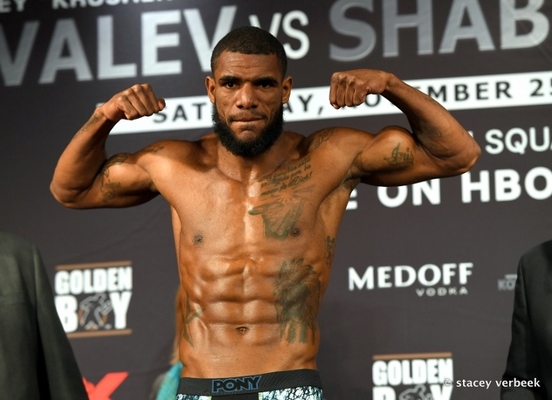 The eight-round bout will headline a Shuan Boxing card and will stream live on its YouTube page (6 p.m. ET/ 3 p.m. PT).

Valera (18-4, 15 knockouts) most recently fought on March 12, losing a close unanimous decision to Bryan Perez in a fight in which Valera overcame being dropped twice in the opening round but his rally in the second half of the fight fell short. The fight was a rematch of their November 2018 clash that Valera won by unanimous decision.

The loss to Perez took place about 18 months after Valera lost by disqualification to Vyacheslav Shabranskyy for repeatedly landing low blows. Valera had won his previous three bouts since losing to Sullivan Barrera by unanimous decision in November 2017.

In his most high-profile fight, which took place in May of 2016, Valera lost by unanimous decision to Dmitry Bivol in a clash of unbeaten prospects.

Gonzalez (16-3, 9 KOs), who resides in Maturin, Venezuela, also fought on the same March 12 card, losing by stoppage in Round 3 to unbeaten Juan Carrillo. The loss snapped a string of three consecutive victories.

Junior featherweight Frency Fortunato will square off against Albert Gonzalez in an eight-round bout.

The hard-hitting Fortunato (10-1, 8 KOs), who is originally from Santo Domingo and now resides in Fort Lauderdale, Florida, suffered his first loss as a pro to Alberto Melian on March 27. In an action fight, Fortunato scored four knockdowns before the midway point of the 10-round bout but Melian rallied late in the fight, dropping Fortunato twice in Round 8 and once more in the final round to grind out the close decision victory.

In his previous fight, on August 15, the 23-year-old stopped journeyman Julio Buitrago at the end of Round 2.

Gonzalez (18-6-1, 14 KOs), who resides in Caracas, Venezuela, has not fought since defeating Freddy Beleno by unanimous decision in December 2019. The 34-year-old has won his last four bouts since losing by TKO to fringe contender Yenifel Vicente in April 2019.

Junior middleweight Angel Cruz (2-0, 2 KOs) will face Venezuela’s Jefry Santana, who will be making his pro debut, in a six-round bout.