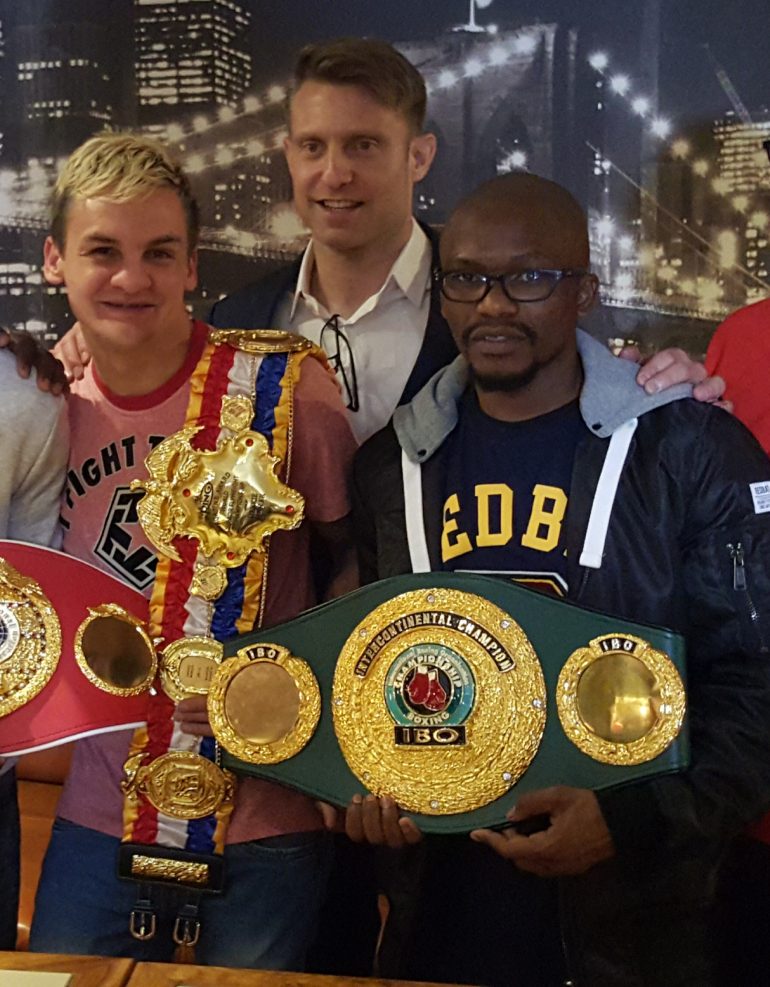 After a tentative start, Budler landed his straight right in the second round with Almacen responding with his own right to the body. The visitor landed a good left hook in the third. Budler answered with a right and started working his jab, although he was still missing with a lot of shots, trying to find his timing.

The fight started to heat up in the fourth when Almacen attacked the body with his left hook, eliciting a two-handed response from Budler who dug in some body punches of his own. The pair exchanged head shots in what was an evenly contested round.

When the scores were announced after four rounds under WBC rules, the fight was even on two cards, with Budler up a point on a third.

The fifth was more of the same with Budler possibly edging it by landing two big left hooks toward the end of the round which seemed to stun Almacen. In the next two rounds, Budler slowly started to shake off the cobwebs, establishing the distance, doubling his jab, pushing Almacen back towards the ropes and getting some combinations going, although Almacen was always in the fight, landing some good, short shots on the inside.

Almacen tried hard to turn the momentum his way in the eighth round, landing a good right, followed by a two-fisted barrage to the body. Budler scored with a one-two down the pipe, stepped off to his right and landed another pair of right hands but Almacen came roaring back, the bell ending an intense exchange.

After that it was Budler’s fight as he found his groove, establishing the distance with his jab and dropping in his right with increasing accuracy, with the odd left hook and right uppercut mixed in. Almacen still had some success when he could get inside but the South African was the better ring general.

Budler closed the show in style in the twelfth round, sending the sweat flying with a straight right. He followed that up with another right moments later and then added a right uppercut for good measure. Almacen landed some shots to the body but a triple left hook by Budler removed all doubts as the bell ended the fight.

“I needed 12 rounds,” said Budler in the post-fight interview. “He was a young, strong kid. He took some good shots. I think he has a good future ahead of him.”

When asked how it felt to be back in the ring, Budler responded, “I missed a few shots in the first few rounds but then Colin and Vusi (trainer/manager Colin Nathan and assistant trainer Vusi Mtolo) set me right in the corner. I felt good, I could have gone another few rounds.”

With the win Budler goes to 33-4 with 10 stoppages while Almacen, who put up a very credible performance, drops to 7-4-2.

When the fight between strawweight contender, Simpiwe Konkco and Hamidu Kwata was scrapped when Kwata came in grossly overweight, the female 140-pound bout between Hedda Wolmarans and Raider Muleba was bumped up to the main supporting bout.

The overmatched Muleba, who came into the fight with a less than impressive 3-11-1 record, gave it a go in the first round, flurrying with frenetic hooks against the guard of the southpaw Wolmarans, who kept dropping in her straight left from a distance. A short right hook, followed by a left, dropped Muleba to her knees in the second round and it was clear that the writing was on the wall. She got up but a thudding right hook-straight left combination put her back on the canvas where she was counted out at the 1:59 mark.

Wolmarans, now 6-0 with four knockouts, is nicknamed “The Shredder” and has made mincemeat out of the limited local opposition available. Even finding female sparring is a problem, as she mostly spars with men. She checks the form book but how good is she really? She will need international opponents to answer that question.

Junior middleweight Tristan Truter returned to winning ways, scoring a TKO when his opponent, Wandile Ndlela, failed to answer the bell for the fifth round. It was a controlled display of boxing from Truter who boxed behind his jab, dropped in his right and kept moving around his opponent. He upped the ante each round, banging in hard body shots and then stepping around his opponent, forsaking his bad habit of staying in exchanges too long. Ndlela, for his part, kept pushing forward but could not land anything of consequence.

With the win, Truter moves to 9-2 with six stoppages while Ndlela drops to 3-5.

This was the maiden tournament presented by Uppercut Promotions of Cyril Lehong.