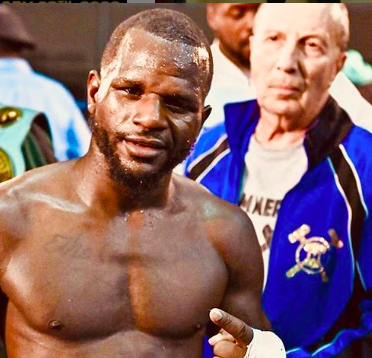 21
May
by Vladimir Lik

As Philadelphia boxers go, Hank Lundy is respected for his longevity and grit, as he’s seemingly had to fight his way to catch any of the possibilities boxing can offer a kid growing up on the streets of a town where fighting is a passage for survival.

The streetfighter turned prizefighter will have perhaps one more opportunity to cement his legacy when on Saturday he takes on Jose Zepeda as the co-feature on the Jose Ramirez-Josh Taylor junior welterweight unification showdown live on ESPN at the Theater at Virgin Hotels in Las Vegas. 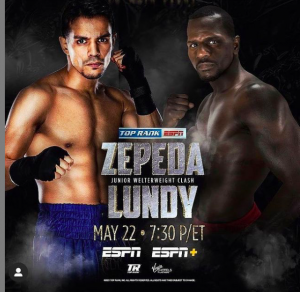 The 37-year-old Lundy (31-8-1, 14 KOs) is 5-2 in his last seven fights since being stopped by Terence Crawford in 2016, including a unanimous decision victory over Ezequiel Victor Fernandez last February right before the pandemic caused a global shutdown.

These days Lundy does his fighting in the ring for money, but it wasn’t always that way for a Lundy who earned legendary status for some of the epic street fights he was a part of back in the day when former rivals-turned-fans began confronting Lundy in the street just to tell him it was an honor to have fought him when they did back then. A few times, the homage turned into something else, and fistic acquiantances were renewed.

“It feels great to be back on a big show and fighting on TV again,” Lundy told The Ring. “I am excited to share the ring with a worthy opponent and remind everyone that Hank Lundy is still here. This is my opportunity and I am not going to lose it.”

Lundy was a late replacement for Zepeda when original opponent Pedro Campa was not approved by the Nevada State Athletic Commission. Top Rank had to scramble to find a replacement for Zepeda’s first fight since his sensational knockout win over Ivan Baranchyk last October in a fight which The Ring named the fight of the year for 2020. Zepeda was dropped four times while also dropping Baranchyk four times including a devastating left that brutally decked Baranchyk, who was flat on his back for four minutes before being able to sit up.

“I saw a lot of stuff in that fight,” Lundy recalls. “I saw what Jose likes to do and what he doesn’t like to do. He made a lot of errors in that fight. He showed a lot of holes and he got hit a lot. He doesn’t want Hank Lundy hitting him like that, trust me on that.”

Lundy believes his experience fighting top opposition will give him an advantage that Zepeda’s previous opponents did not have.

“Baranchyk was swinging wildly. He was dead tired,” Lundy explained. “He stood in front of him waiting to get hit. Yeah, Jose was down too but he didn’t have to work that hard to get the knockout. It’s going to be a different story when he is in there with me.”

Lundy feels the lessons he took from the Crawford fight will pay off dividends for him against Zepeda, especially if the fight becomes a seesaw battle similar to Zepeda-Baranchyk. 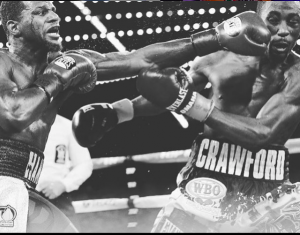 “I will keep it real with you. I was winning the Crawford fight,” Lundy said matter of factly.

“It was that dog in me, the Philadelphia in me that wanted to fight it out with him when I got hurt. What I should have done was tie him up. This is boxing. There is nothing wrong with tying your opponent up if you get hurt. I didn’t do it, so I lost. My mentality has always been you go through hell if you need to to win the fight. That cost me the victory over Crawford. I won’t make that mistake again. I will surprise a lot of people and pull a Bernard Hopkins on Jose on Saturday.”

Lundy had been preparing for another fight of his own when the call came in to fight Zepeda, so he jumped at the opportunity immediately.

“We were already in camp. I don’t know if Jose’s team knew that,” Lundy added. “They made a mistake if they thought they caught me out of shape. We are more than ready for this opportunity. We are coming off a great camp.”

Aside from the harsh lessons, the loss to Crawford also proved to Lundy that he can compete with anyone in the world. Lundy will need to channel every bit of that confidence if he is to pull off  the upset against Zepeda (33-2, 26 KOs).

“I have been robbed of getting world title shots in the past,” Lundy recalls. “It’s hard when you don’t have the right promoter behind you. I am in a good place now. The world is going to see what Hank Lundy can do. When I win this fight I want to be the mandatory to fight Jose Ramirez or Josh Taylor.”

While most fighters at the age of 37 are closer to the end of their careers than the beginning, Lundy rejects that notion and believes he has a long way to go in the sport and feels rejuvenated.

“I am still in my prime,” Lundy yells out excitedly. “Why would I even think about stopping? I am the last of a dying breed of Philly fighters. From when I started it’s only myself and Gabe Rosado still doing it. A lot of guys aren’t here anymore. All these other guys are younger. Like I said, I will pull a Bernard Hopkins. Get used to seeing this face. Hank Lundy isn’t going anywhere.”