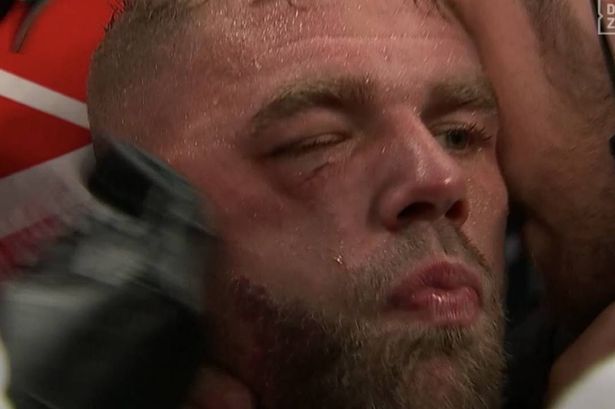 11
May
by Dr. Margaret Goodman

Several years ago, I penned an article on stopping a bout when a fighter develops a closed/swollen eye for The Ring magazine. I was amazed that the debate continues in the aftermath of the Canelo Alvarez-Billy Joe Saunders super middleweight championship bout.

Clearly, an informed discussion regarding the factors that determine the action to stop a bout by those in control is needed.

Several years ago, I was a Nevada ring physician, and you might say I “cut my teeth” working fights where a fighter developed severe periorbital swelling and was essentially in the ring with one eye visibly open.

From a medical standpoint when should such a fight be called off?

Who should make this decision? 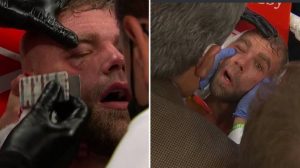 As boxing fans, we want to see a fight proceed to its natural conclusion—in other words, we want the boxers to determine the outcome, not the officials. Most important, a fighter should have cornermen unafraid to make the call—as happened in Saunders’ case. Hindsight is not always 20/20, but Mark Tibbs rightly protected his fighter from a possible career-ending injury.

If the corner had not made the call, it is up to the ringside physician to step in.

From a doctor’s perspective, you try to examine the eye between rounds as best you can. Limited time and equipment make this difficult, but one can grossly check the fighter’s vision, pupillary responses, observe movement of the globe in all directions, and palpate the eye socket for irregularities. If any of these are off, there is no room for discussion and the physician must recommend the fight be stopped. Once severe swelling has occurred, it is often too late to make an informed decision. Most ring doctors will tell you that if there’s a fracture—the swelling begins almost instantaneously. 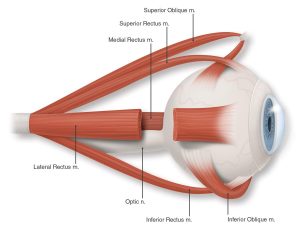 We’ve all seen fights with the likes of Arturo Gatti, Erik Morales, and so many more. We applauded their fortitude to fight on despite limited vision. However, these injuries can effectively end careers and impair the fighters’ vision for the rest of their lives. Antonio Margarito, who developed a virtual career-ending eye injury and orbital fracture against Manny Pacquio in 2010, comes to mind. Or the 1995 fight I worked where Danny Romero’s orbital fracture postponed a long-awaited title shot against Johnny Tapia.

What can happen from an orbital (eye socket)/zygomatic (cheekbone) fracture?

The eye socket is a bony cup that surrounds and protects the eye. Much of that bone is paper-thin, so a fracture often occurs in 2-3 places.

Extra-ocular muscle entrapment (see Figure 1): there are seven muscles of the human eye; six move the globe/eyeball and one controls the eyelid. In “blowout fracture,” where the orbital floor is fractured, a portion of the eye muscles are trapped resulting in double vision or difficulty looking up or down/in all directions (see Figure 2).

Other indications of this type of eye/cheekbone injury:

Figure 2: This person can look up with his right, eye but not the left side that has the orbital fracture.

Direct trauma to the eye socket can result in a detached retina or permanent damage to the optic nerve that ultimately controls vision.

Admittedly, I didn’t physically examined Mr. Saunders’ orbit, nor do I have personal knowledge of his medical records/condition at this time. What I do know is that had his trainer not stepped in, it could have been considered negligent by all involved to not do so.

Emergent evaluation and treatment in the setting of an orbital fracture provides an individual the strongest chance of complete recovery.