Boxer Felix Verdejo turns self in to FBI, after body of female found in San Juan, Puerto Rico 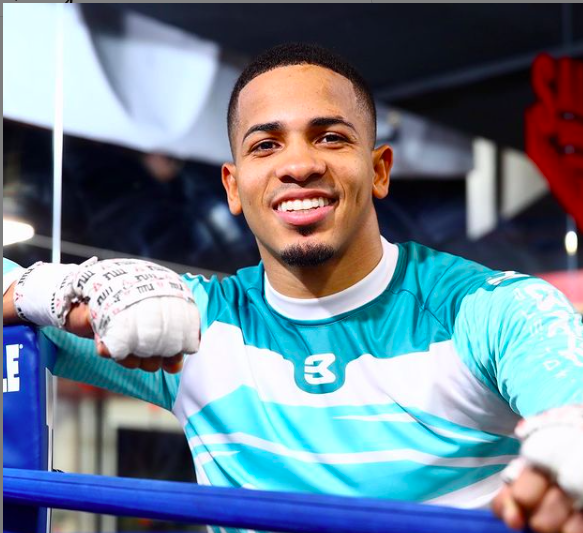 02
May
by Michael Woods

The Puerto Rican boxer Felix Verdejo, age 27, is knee-deep into the investigation of the death of Keishla Rodriguez Ortiz, a young woman whose deceased body got fished from a lagoon in San Juan, Puerto Rico, on Saturday.

On Sunday in the early evening, Verdejo turned himself in to FBI custody, in San Juan.

Puerto Rican media is reporting that the FBI, and local prosecutors, are soon to file charges against a person implicated in the killing of Rodriguez. El Vocero on Saturday reported that there is a “cooperating witness,” but it doesn’t specify who.

The 27 year old Verdejo, who last fought on Dec. 12, 2020 and holds a 27-2 record, got interviewed by authorities, willfully, at a prosecutor’s facility on Friday. The newspaper El Nuevo Día reported Verdejo, who fights under the Top Rank umbrella, was not cooperating with investigators, according to a cop. 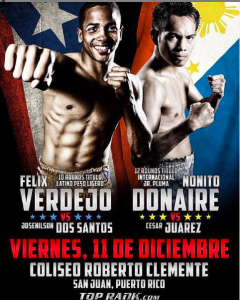 Keishla, named freely publicly as someone that Verdejo had known intimately, had been seen by her mom Thursday morning, around 7 AM, and then her family grew worried as she was nowhere to be found. Her dental patterns allowed cops to ID the body found in the lagoon as Keishla.

Reports to this juncture paint a picture that suggest love, marriage, fidelity and offspring came together and collided, to a disastrous degree. The mother of Keishla, Keila Ortiz Rivera, told El Nuevo Día that her daughter informed her that she and the charming boxer were to see each other in a little while. She and Verdejo would be meeting, to talk about the result of a pregnancy test she’d taken, that was the missing woman’s mom’s account.

A scanning of his Instagram account betrays no hint that anything beyond the ordinary was playing out in the life of “El Diamante.” The fighter posed in plenty of pics with a baby daughter, born in October 2018, and he writes of a newfound level of maturity, stemming from wanting to excel, to make her life better. 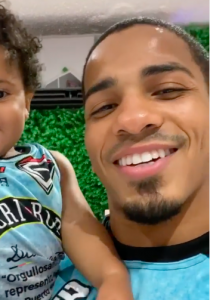 The fighter possesses a dazzling smile, which has held to form, on social media, even as he’s lost a couple fights, and not panned out to be the superstar his skill set suggested he’d be before he turned pro in December 2012.

“El Diamante” on Instagram salutes his lady Eliz M. Santiago Sierra (pictured with Felix, off his Instagram circa December 2017) in several posts, and in a 2019 post, affirms that they’d been together for 7 years at that point. 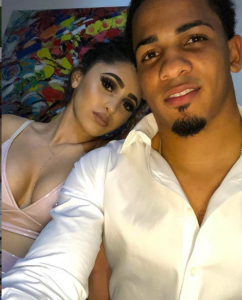 “The thoughts and prayers of Top Rank are with the family and friends of Keishla Marlen Rodríguez Ortiz, and with the people of Puerto Rico in this moment of mourning,” Verdejo promoter Top Rank said in a statement on Saturday night. “We are profoundly disturbed by the news and will continue to monitor the evolution of the case as it progresses.”