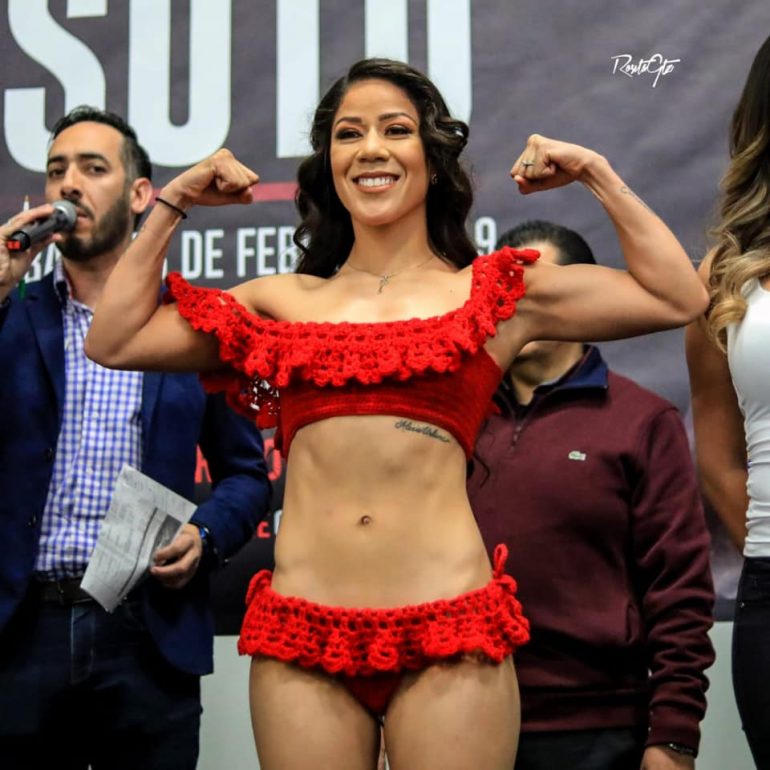 Three months ago, Sulem Urbina struck up a conversation with a group of people at dinner. Those people happened to be employees of Legends CBD, which recently booked Urbina to become its first brand ambassador.

“We just crossed paths coincidentally,” she told The Ring. “I was having dinner and the guys that sat next to me started talking about their products. We all just clicked right off the bat.”

Legends CBD was founded in 2019 by former NBA player Antonio Harvey, who was inspired to help athletes reach their fitness goals and alleviate pain without relying on over-the-counter and prescription painkillers.

Urbina (12-2 knockouts), a flyweight and Mexico native based in Arizona, is a testament to the company’s success.

“I feel great. I have been using their CBD gel every day after a strenuous day of training.”

We asked Urbina to explain what was different about Legends products compared to their competition.

“I felt an immediate impact on my knees,” she continued. “I feel like they take such a beating from moving around, boxing and pivoting. The Legends rub actually helps my knees recover for the next day of training.”

Rest and recovery are some of the most critical aspects of any exercise program, especially for high-level athletes. Urbina told The Ring that she has never felt better.

“I have been sleeping much, much better,” she added. “I tend to wake up in the middle of the night and lose hours of sleep. With Legends CBD, I’m sleeping all through the night.

“And what I like the most is that I don’t feel groggy or sleepy after having taken their products. You just feel great and ready to take on the world.”

Urbina is coming off an eight-round unanimous decision loss at the hands of 2012 Olympic bronze medalist Marlen Esparza last October. Despite a strong performance in the first half of the fight, it seemed like Urbina faded down the stretch.

We asked her if Legends CBD products could have impacted her performance if she started using them sooner. The 30-year-old was candid.

“It was a close fight but I didn’t do a lot of things properly, recovery-wise. The Legends rub would have helped me because I was going through a lot of little injuries,” Urbina said.

“I couldn’t run at certain times and my knee problems were holding me back from doing certain workouts the right way. Had I been using these products, it would have given me a better edge to prepare a little better.”

From now through May, all Legends CBD customers can receive a 20 percent discount by using the promo code SULEM20.