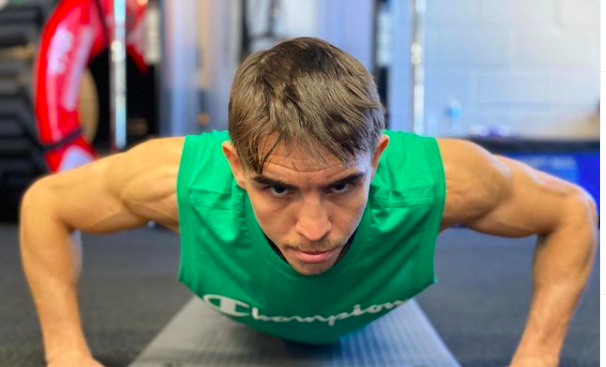 Conlan (14-0, 8 knockouts) is looking forward to returning to action and showcasing his skills against his upset minded opponent.

“I’m very, very excited,” Conlan told The Ring. “He’s a dangerous guy, he’s a very good fighter, exciting fighter, who’s on a great run of form. I’ve got to go in there and be the best I can be. You’re going to see a really good performance. I’m going to go and dominate and destroy this guy.” 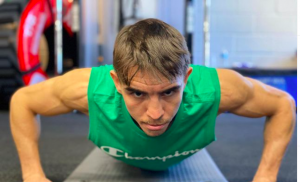 Conlan is 29, he knows the clock is a-tickin,’ and that he will need to accelerate his pace in taking tougher tests in the next year plus, to get into the title shot picture.

The 29-year-old former amateur standout, who claimed Olympic bronze in 2012 and World Championship gold in 2015, appreciates his opponents’ ungainly approach may cause a few issues but is fully prepared.

“He brings an unorthodox, relentless kind of pressure,” said Conlan. “He throws an awful lot of punches from odd angles. Baluta has shown what he can do against my two former Irish compatriots. I think one of his biggest things is his confidence, it’s booming at the moment after beating David Oliver Joyce and TJ Doheny.

Check out Conlan in his latest outing, in August 2020 versus Sofiane Takoucht, below.

Conlan had been due to face former WBO 122-pound titleholder Isaac Dogboe on December 5. However, a serious ankle injury curtailed those plans and laid the fighting Irishman up for a while. 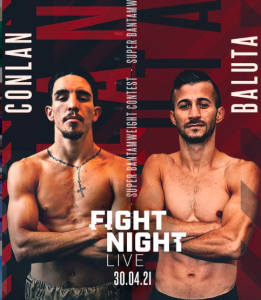 It could well be that on paper, Baluta is the stiffest test to date as a pro for Conlan.

If all goes well, Conlan hopes to fight in front of his adoring fans this summer and ideally fight for a world title in the fall.

“I’d like to fight for a world title next but it looks like it’ll be tied up for a while,” he said. “I’ll probably box in Belfast, hopefully, in August. I think that the world title fight will more than likely happen in December time.

“[WBO junior featherweight titleholder Stephen Fulton‘s the guy we’ve been aiming for, he’s the guy we want. I was hopefully going to fight him this summer but it seems he has a fight lined up with the winner of  [the Luis Nery-Brandon Figueroa on May 15],  a fight that hasn’t even happened. It’s probably a move by Al Haymon and PBC to tie up the division a little bit.

“I’m mandatory for the WBO and I’ll definitely fight for it this year. [Fulton’s] the one I’m aiming at but if the opportunity came to fight [IBF and WBA beltholder] Murodjon [Akhmadaliev] for the two belts, I’d 100 percent take it. I beat him in the World [Championships] final and if we fight for the professional world title, I believe I’d beat him again.”

Baluta (14-2, 3 KOs) turned professional in 2016. The Romanian born fighter has fought much of his career in his adoptive Spain. Although he lost a couple of fights, he appeared to have learnt from them and in October 2019 beat Kyle Williams (SD 10).

Moruti Mthalane-Sunny Edwards, plus undercard action, will be broadcast on ESPN+ in the U.S. and BT Sport in the U.K.