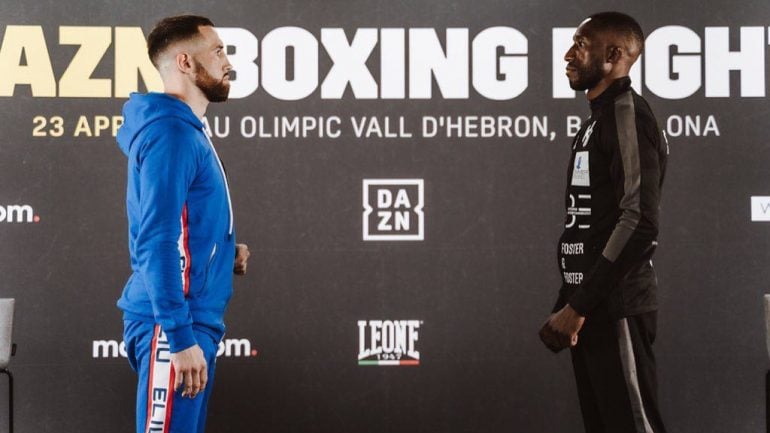 Sandor Martin extended his win streak to nine straight with a unanimous decision victory over Kay Prosper Friday at Palau Olímpic Vall d’Hebron in his hometown of Barcelona, Spain.

Kerman Lejarraga pulled out another thriller in his up-and-down career, rising off the canvas twice before stopping Jez Smith in round 7 of their junior middleweight bout.

Lejarraga (32-2, 25 KOs) was down once each in rounds three and four before dropping Smith (12-3-1, 5 KOs) in the sixth and scoring the stoppage the following round. The Bilbao, Spain native Lejarraga has won four straight since losing to David Avanesyan for a second time in 2019.

Gavin McDonnell (22-2-3, 6 KOs) and Andoni Gago (24-3-4, 7 KOs) had to settle for a majority decision draw in their European featherweight championship fight. McDonnell, who was fighting to get his career back on track after a 2018 stoppage loss to then-WBA junior featherweight titleholder Daniel Roman, sustained a significant cut that forced the stoppage. One judge scored the fight a shutout for McDonnell of Doncaster, United Kingdom at 50-46, but the other two had it even at 48-48.