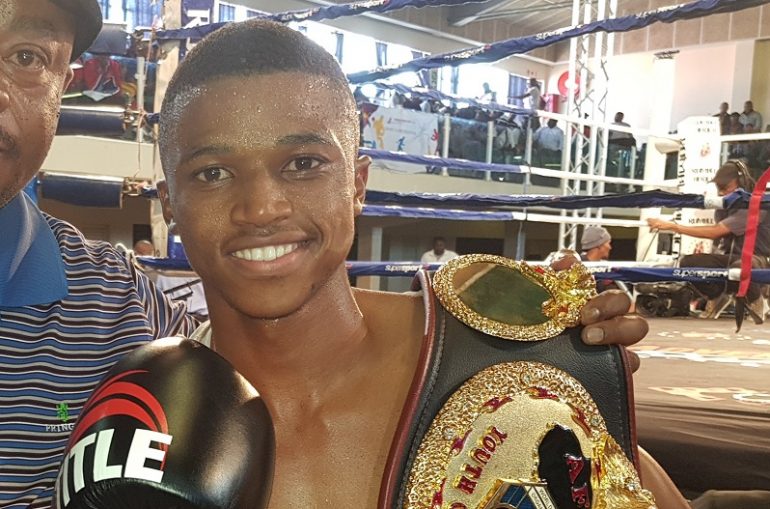 Rumble Africa Promotions will present a card at Boardwalk Casino in the newly renamed Gqeberha (the city was formerly known as Port Elizabeth), on Saturday night, featuring some of the hottest South African fighters in the lighter divisions. Although the action takes place in the boxing-mad Eastern Cape province, sadly, a live crowd is still not allowed, forcing fans to watch the broadcast at home.

Headlining will be undefeated junior flyweight Sivenathi “The Special One” Nontshinga (9-0, 9 knockouts), who will have to prove that he is indeed special.

It won’t be easy though. He is up against Filipino Christian “The Bomb” Araneta (19-1, 15 KOs). The 12-rounder is an IBF final eliminator, with the winner guaranteed a title shot against titlist and The Ring’s No. 2-ranked junior flyweight Felix Alvarado, who recently made a successful defense against another South African, former IBF 105-pound beltholder DeeJay Kriel.

Araneta has been in this situation before, having suffered his only loss in a previous IBF eliminator against Daniel Valladares in Mexico. In that fight Araneta retired in his corner after an intense four rounds, citing an injury to his right arm. He has won twice since and will be looking to make his second time lucky.

With 15 knockouts to his credit, Araneta can bang, having scored highlight reel, one-punch knockouts, both early and late in fights, courtesy of his left uppercut thrown from the southpaw stance. On the flipside, arm injury aside, he did not appear comfortable when Valladares was pressurizing him on the ropes.

Nontshinga has won all his fights by knockout and is certainly capable of delivering the pressure. The power is real. In his most recent fight, in March of 2020, he became the first man to send another more experienced Filipino, Ivan Soriano to the canvas for the count in the fifth round. He was also able to stop Siyabonga Siyo, who gave both former Ring 108-pound champion Hekkie Budler and strawweight contender Simpiwe Konkco stern arguments in distance losses.

The vulnerabilities are also there however. Before he got Soriano out of there, Nontshinga ate some hard uppercuts that swelled his left eye. He will have to close that gap in his defense against Araneta.

The encounter has all the makings of a fast-paced firefight and local hopes are sky high for Nontshinga, who has been brimming with confidence in the leadup to the fight, promising to knock his opponent out.

Flyweight prospect Luyanda “Pretty Boy” Ntwanambi (7-0-1, 4 KOs) will be thrown into the deep end when he takes on the much more seasoned South African champion Jackson “M3” Chauke (19-1-1, 14 KOs) over 12 rounds. Inactivity will be an obstacle to overcome for both fighters, who have had their most recent fights in September of 2019. Ntwanambi had a baptism of fire, fighting back from the brink of defeat to win a 12-round unanimous decision over Fikile Mlonyeni in an all-out war. Chauke journeyed to Russia to hand Mekhdi Abdurashedov his first defeat, outpointing the local man over 10 rounds.

Ntwanambi is undoubtedly talented with an educated jab and flashy combinations on the inside but he will not be able to afford a mid-rounds slump against Chauke, who, with 14 knockouts on his ledger, can bang as well as box from a distance.

On the other hand, Chauke is 35 and not everyone is the ageless wonder that IBF titleholder and The Ring’s No. 1-ranked 112-pounder Moruti Mthalane, has proven to be. Chauke is a few fights away from a world title shot and can ill afford defeat at this stage of his career.

Will youth be served or will the wily veteran spoil Ntwanambi’s looks?

Junior bantamweight Yanga “Showtime” Sigqib, was roped in as a challenger for WBC bantamweight titleholder Nordine Oubaali a while back but that fight fell through when Oubaali’s fight against Nonito Donaire was salvaged.

He will instead return in a 12-rounder on Saturday night against another Filipino, Jerald “The Predator” Paclar. Sigqibo (14-1-1, 4 KOs) is known as a smooth boxer who likes to use the left stick and with only four stoppages to his credit, is not seen as a puncher. In his most recent fight, however, finally found find some power, knocking Cris Paulino out cold in the seventh round, in March of 2020. 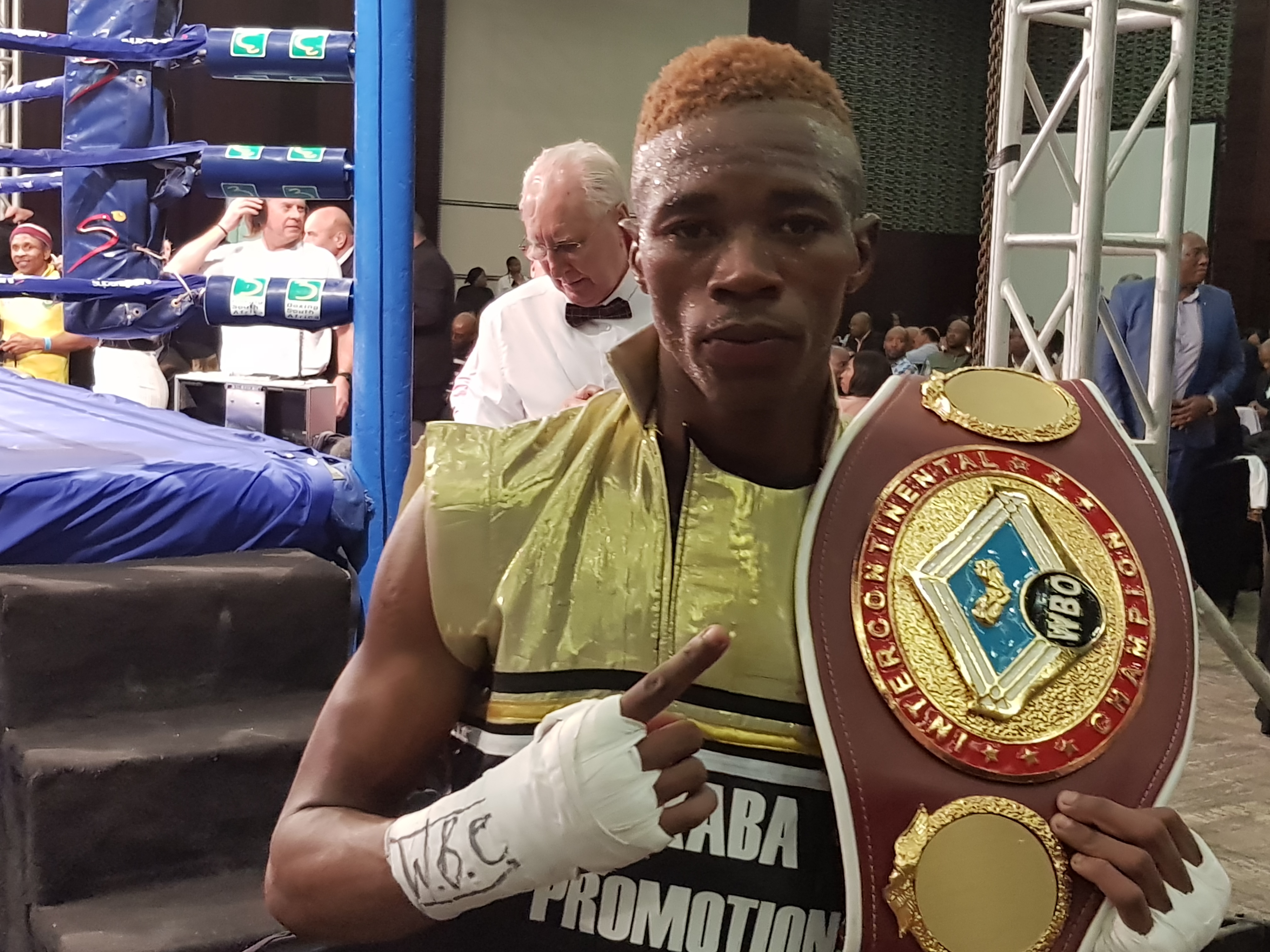 On paper at least, Paclar (15-4-3, 8 KOs) does not look like anything special but he does have three bouts against current IBF 105-pound beltholder Rene Mark Cuarto (ranked No. 9 by The Ring) under his belt, going 1-1-1, although they were earlier in both their careers.

It will be interesting to see whether Sigqibo will continue the fine form he showed in his most recent outing if Paclar decides to throw caution to the wind.

In the fourth 12-rounder on the card, 9-0 with seven knockouts South African junior featherweight champion Ayabonga “Jay Jay” Sonjica (9-0, 7 KOs) will also be looking to shake off the ring rust against Theophilus Tetteh, from Ghana, who is also a national champion. Tetteh (14-1, 12 KOs) looks like he can bang and is the dark horse in this fight. He does not have any big names on his ledger and has fought exclusively in his home country. With record keeping not always up to scratch in the boxing backwaters, he could fold under pressure or prove to be a ringer. Ghana will always evoke memories of the great Azumah Nelson.

With wins over Simphiwe Vetyeka and Dave Penalosa under his belt, featherweight Lerato “Lights Out” Dlamini (14-1, 7 KOs) is another fighter hovering on the cusp of a world title shot. He will be keeping busy against unheralded Hassan Milanzi (9-0-1, 6 KOs), from Zimbabwe, who has never faced anyone close to world class before. Still, Dlamini was in that same position a few years ago before facing Vetyeka.

The evening will get started with three six-rounders and the promotion must be commended in its efforts to provide much-needed opportunities for fight-starved boxers to put bread on their tables.