Conor Benn destroys Samuel Vargas in one round, calls out Amir Khan 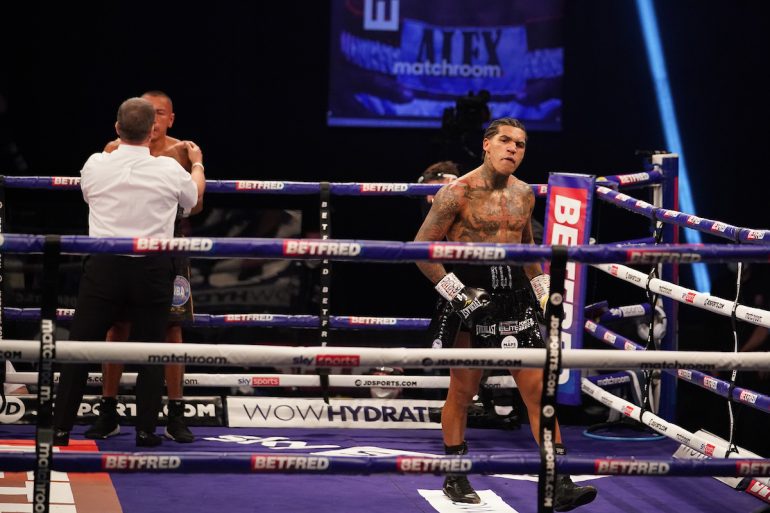 Conor Benn came out to make a statement against Samuel Vargas and within a matter of seconds he’d done that and called out some of the biggest names at welterweight.

It was all over after referee Michael Alexander called a halt after 80 seconds.

“Give me a proper test, get me Amir Khan. If he wants it, he can get it,” charged Benn.

“I don’t think I gained any experience in there but I can deal with it. Pressure creates diamonds. I’m ready for the top dogs: Shawn Porter, Adrien Broner… You think I’ll lose sleep over them? No. I’m the most improved fighter globally. Amir Khan, let’s go mate. Give me Khan next. I’m putting the [Benn] name back where it belongs and that’s back on top.”

Asked to describe the closing moments of the Vargas fight, Benn said: “I was hitting him and it felt good. He was just there so I let my hands go, selected my shots and I landed. He was there to be hit, so I hit him. If I see an opening I’m going to take it.”

Vargas was not just supposed to be a gatekeeper, he was supposed to give Benn rounds and maybe even make him dig deep.

Having done rounds with Errol Spence, Danny Garcia, Amir Khan and Vergil Ortiz, the Bones Adams-trained veteran was expected to be a real test.

But 24-year-old Benn piled in a right hand behind a jab in the early going and as Vargas covered Conor got both hands motoring, firing in big rights, be it uppercuts, hooks or straights.

Vargas kept his hands up and staggered, his back was to the ropes and then Alexander intervened and called it off.

Had Vargas gone down or taken a knee he could have picked up a count and possibly regrouped but he didn’t and Alexander had to make a call, let Vargas keep taking shots or call it off.

“Wow, what a performance,” said Benn’s promoter Eddie Hearn. “This was a test. Vargas was in tremendous shape but he was about to get brutally knocked out. He [Conor]’s so hungry he outworks everyone in the gym. It’s hard not to get really, really excited. How can you not say he’s not ready for all the guys he’s talked about? Long way to go, superstar in the making. What an exciting journey.”