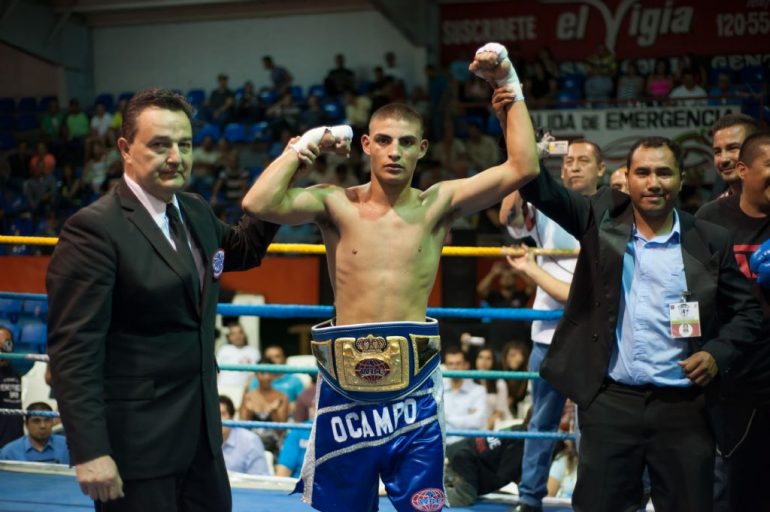 Carlos Ocampo will face Ivan Matute Saturday night at the Grand Hotel in Tijuana, Mexico. The 10-round bout will air live on Azteca TV throughout Mexico.

The crossroads bout between Ocampo and Matute could produce firework between the two aggressive boxer-punchers. Ocampo has faced the better opposition between the two and has momentum on his side.

In his last bout on January 16, which also took place at the Grand Hotel, Ocampo stopped Abraham Juarez in the opening round. He has won his last six fights, five by knockout, since his knockout loss to Errol Spence in June 2018. Ocampo entered that fight as Spence’s mandatory challenger for the IBF welterweight title.

The 25-year-old, who resides in nearby Ensenada, also has victories over Jorge Paez, Jr., Charlie Navarro, and Ramses Agaton. Ocampo is promoted by Zanfer Promotions, which is promoting Saturday’s card.

Matute (30-3, 25 KOs), who resides in Cazorla, Venezuela, has not fought since losing by unanimous decision to then-unbeaten Bryan Medina of the Dominican Republic in July 2019. The southpaw has split his last four bouts with the other loss coming at the hands of then-unbeaten Nursultan Zhangabayev in March of that year.

In the co-feature, unbeaten junior middleweight Dubiel Sanchez of Tijuana will square off against Ruben Orozco in a 10-round bout.

Sanchez (16-0-2, 12 KOs) also fought on the same January 16 card, defeating gatekeeper Jose Guadalupe Rosales by unanimous decision. The 23-year-old has won his last two bouts since fighting to a split-decision draw against Dilan Loza on March 14 of last year. He had won his previous four bouts by knockout.

Orozco (8-2, 5 KOs), who resides in Campeche, Mexico, last fought on December 4, losing by decision over eight one-sided rounds to Alexis Salazar. Three months before the loss to Salazar, Orozco lost by decision to Brandon Perez. The result of the fight was then changed to a no-contest as no commission was present ringside in Mexico City as professional sports were on lockdown due to the COVID-19 pandemic.