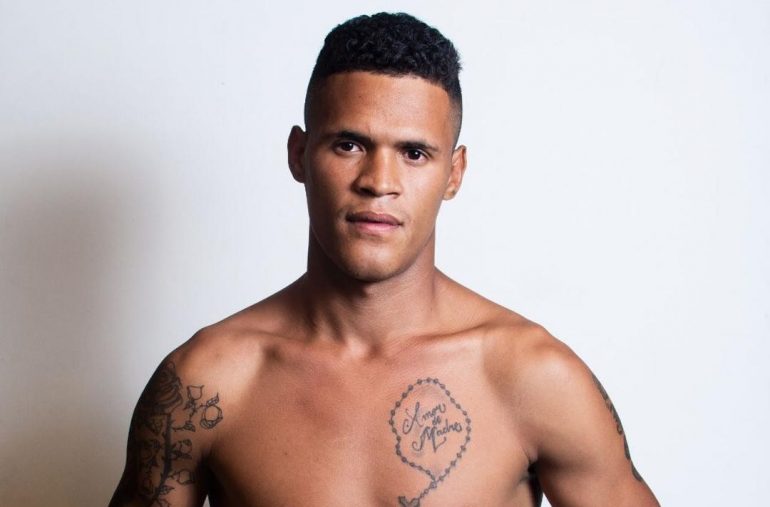 Photo by All Star Boxing
08
Apr
by Francisco Salazar

Zabala recently signed Correa to a multi-year promotional contract and is eager for him to make his U.S. debut later this year on a ‘Boxeo Telemundo’ telecast.

Correa (14-2-1, 12 knockouts) first caught the attention of Zabala after he knocked out highly regarded prospect Ravshanbek Umurzakov of Russia on January 24 of last year.

The 22-year-old has won his last six bouts since losing by unanimous decision to Jackson Mariñez in August 2018. Mariñez is best known for losing a disputed decision to unbeaten Rolando Romero and being a knockout victim of former IBF titleholder Richard Commey.

Despite early struggles in his career, Zabala believes Correa is legitimate.

“Esneiker is a great prospect,” Zabala told The Ring Wednesday. “He had a great victory, traveling to Russia and defeating Umurzakov last January. We’re working on his work visa application so he can fight in the United States.”

Correa is originally from Los Teques, Venezuela and currently resides in Quito, Ecuador, where he is trained and managed by Daniel Cadenas.

Zabala told The Ring that Correa has a fight lined up May 1 in Ecuador and an opponent is being finalized.

The ‘Boxeo Telemundo’ series will be broadcast across four seasons in 2021. Depending on when his visa is finalized, Correa could appear during the last two seasons, beginning in late August.