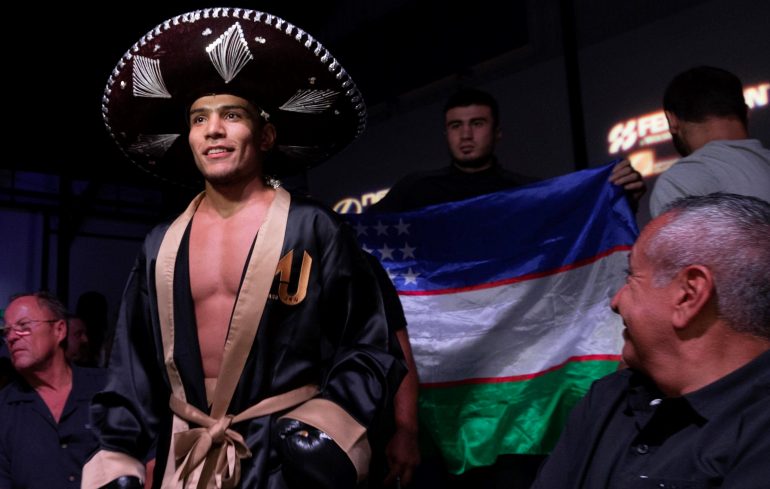 Talented IBF and WBA junior featherweight titleholder Murodjon Akhmadaliev will make the first defense of his titles when he faces former IBF beltholder Ryosuke Iwasa at the Humo Arena in Tashkent, Uzbekistan on Saturday.

Akhmadaliev, who is rated No. 1 by The Ring at 122 pounds, is looking forward to defending his belts in front of his fans.

“I love fighting, all my life I’ve been fighting, so I am very happy that I will be fighting against my mandatory [challenger],” Akhmadaliev (8-0, 6 knockouts) told The Ring through Alik Frolov.

“Of course, it’s a big honor for me to fight in front of my country. It’s a big honor but also a big responsibility. That’s why I am very focused on defending my belts.”

The 26-year-old former amateur standout appreciates what Iwasa brings to the fight.

“Iwasa is a very experienced former world champion – a tall, strong, aggressive lefty,” said Akhmadaliev. “I think he is a real samurai. He always comes forward and aims for a big fight. I respect him and his mentality. I expect a very good, exciting fight.”

As always, Akhmadaliev has trained in Indio, California under the watchful eye of the Diaz brothers, Joel and Antonio. He’s working alongside compatriots Bakhodir Jalalov, Israil Madrimov, Shakram Giyasov and Elnur Abduraimov, who will all appear on his undercard.

“It is a blessing for us to be here together,” he said. “God bless, soon my brothers will become world champions, too.” 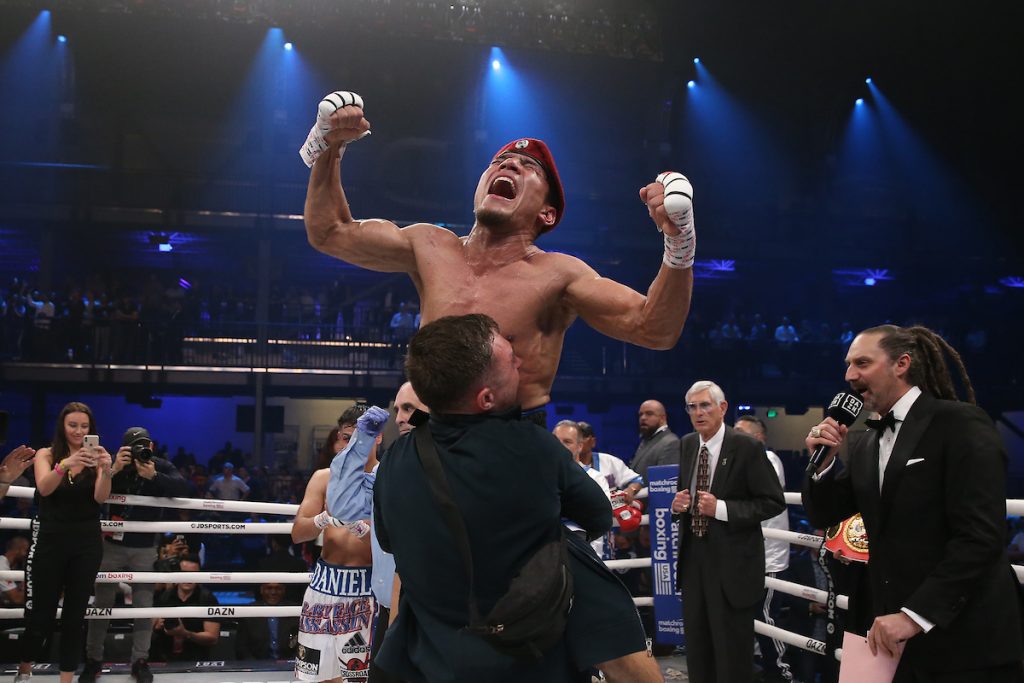 It’s been 14 months since “MJ” last fought, when he edged Daniel Roman to become unified titleholder.

“It was a great fight, a very good experience for me fighting a great champion like Danny,” recalled Akhmadaliev. “Danny is a very good fighter, a true Mexican warrior. It was [my] first time going 12 rounds.

“I’m happy and proud to become the first ever Uzbekistan unified champion, it’s a big honor for me.”

The momentous occasion was not wasted on the boxing crazy country, who were quick to greet their new star when he returned home two days after his triumph.

“It’s unbelievable how people and my government welcomed me in Uzbekistan,” Akhmadaliev said proudly. “There was a parade, thousands of people, orchestra, government representatives, flags everywhere, big boards with my pictures all around the country. It was unreal… I can’t describe it. Of course, my parents, who I love more than anything, were there.

“The next day we went to meet with the Premier Minister who, by the order of the President, [presented me with] the medal of honor called ‘Pride of Uzbekistan.'”

Due to COVID-19 restrictions, Akhmadaliev was unable to capitalize on his newfound status, but that was not his first concern.

“The whole world suffered, so I’m not going to complain about something like defending the title when people are dying from this terrible virus,” he said. “God bless, things are getting better for everyone and this is most important.”

Akhmadaliev’s manager, Vadim Kornilov, who is famed for his work with Dmitry Bivol, Ruslan Provodnikov and Viktor Postol, is looking forward to this groundbreaking show.

“It’s the first boxing event of this magnitude that will happen in Uzbekistan,” said Kornilov. “I am very excited, and I’m being told by many [people] that this will be a very special event for the country and everybody involved.”

Iwasa (27-3, 17 KOs) turned professional in 2008. After losing to future world titleholders Shinsuke Yamanaka (TKO 10) and Lee Haskins (TKO 6) at bantamweight, he moved up to junior featherweight and claimed the IBF title by stopping compatriot Yukinori Oguni (TKO 6). Iwasa made one defense before losing to TJ Doheny (UD 12). The Japanese star has since scored impressive wins over Cesar Juarez (TD 10) and Marlon Tapales (TKO 11) to reposition himself as a top contender.