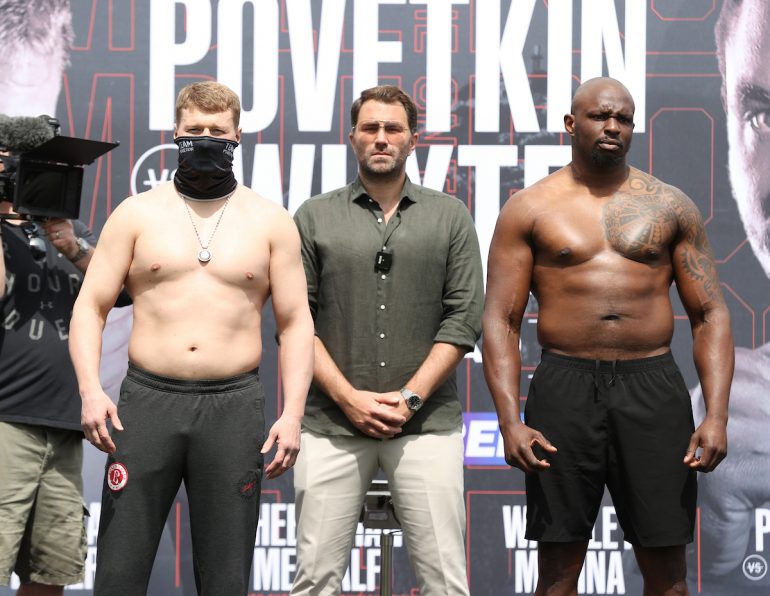 Alexander Povetkin was four pounds heavier than he was before their first meeting while Dillian Whyte was five pounds lighter on Friday, ahead of their rematch on Saturday in Gibraltar.

Whyte (27-2, 18 knockouts) weighed in at 247 1/4 pounds, and weighed 252 for their first meeting last August, when he was on the cusp of a knockout win before he was knocked out in round 5. He is a staggering 24 pounds lighter than he was the fight before that, when he weighed 271 for his December 2019 showdown with Mariusz Wach. 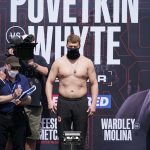 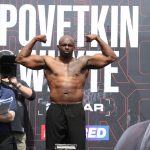 Dillian Whyte on the scale. Photo by Mark Robinson/Matchroom Boxing 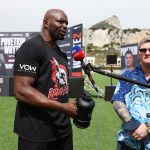 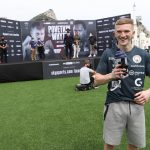 Campbell Hatton poses in front of the stage before making his pro debut. Photo by Mark Robinson/Matchroom Boxing 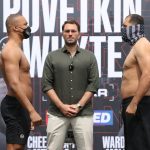 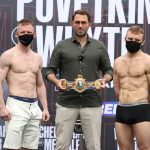