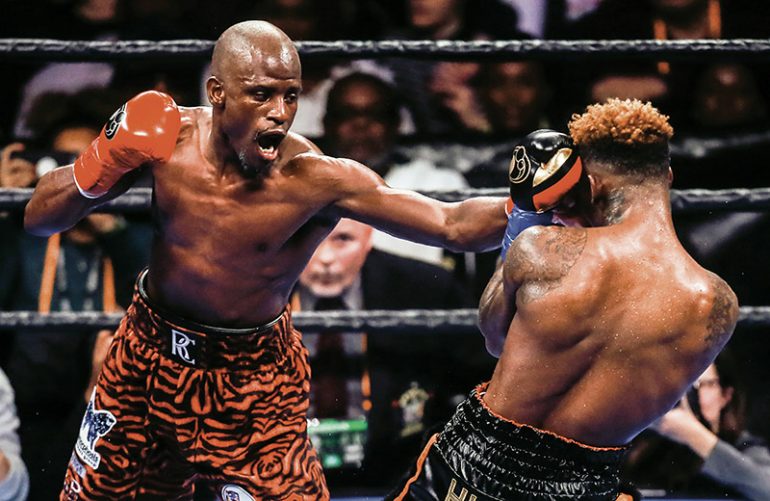 The 10-round bout will take place at the Shrine Auditorium and Expo Hall in Los Angeles and will headline a three-bout ‘PBC FOX Fight Night’ telecast (8 p.m .ET/ 5 p.m. PT).

Harrison-Perrella will be a crossroads clash where the winner will put himself into contention in a stacked 154-pound division. Neither can afford a loss at this point in their respective careers, according to promoter Tom Brown.

“Tony Harrison is one of the brightest stars in the junior middleweight division and will look to show that he’s ready to reclaim a world championship live in primetime on April 17,” said Brown, who is the president of TGB Promotions. “Tony’s will and skill makes him a tough matchup for anyone at 154-pounds, but he will also have all he can handle in the very talented Bryant Perrella, who will be making his debut in the division.”

Harrison (28-3, 21 knockouts), who resides in Detroit, Michigan, last fought in December 2019, losing by knockout to Jermell Charlo in nearby Ontario. Harrison was dropped three times before the fight was stopped in round 11. The fight took place a year after Harrison pulled off the upset win, defeating Charlo to win the WBC title.

The 30-year-old challenged Jarrett Hurd for the IBF title in February 2017, losing by knockout in round 9 in a competitive fight.

Harrison mourned the loss of his father and trainer Ali Salaam last April due to the Coronavirus, but is motivated by winning a world title belt and carrying on his father’s legacy.

“Due to the pandemic, we’ve lost a lot of people over the last year, including my father Ali Salaam, and I’m dedicating this fight and the rest of my career to him,” said Harrison, who has wins over Ishe Smith and Fernando Guerrero. “My father was always there in my corner, and I’ll continue with him right by my side spiritually. But my brother L.J. is my head trainer now and we’re working hard to prepare for a tough fighter in Perrella. I’m coming off the longest layoff of my career, so I’m just excited to get back in action. The realest fighter in the game is coming back and I’m glad we’re going to be bringing this fight to everyone. This fight will be fireworks and I’ll be looking out for whenever it’s execution time. When I see the opportunity, I’ll knock his head off and put it on my mantle.”

Perrella (17-3, 14 KOs), who resides in Fort Myers, Florida, has not fought since February 15 of last year, losing by knockout in the last second of his 10-round bout against Abel Ramos. Perrella was ahead on all three judges’ scorecards until he was dropped within the last 30 seconds of the round. Referee Jack Reiss stopped the fight after Perrella got up from the second knockdown.

“I’ve made big changes in my game and they will reflect a more proficient fighter when I step in against Tony Harrison,” said Perrella. “I don’t care about status or resume heading into this fight. I’m coming to do what I do best, and that’s dominate. I can’t wait to get in there and perform on April 17.”

In the co-feature, junior welterweight prospect Omar Juarez (10-0, 5 KOs) of Brownsville, Texas will square off against Jessie Roman in a 10-round bout.

Juarez knocked out Raul Chirino in the opening round of his last bout on December 26. The 21-year-old has made headlines outside the ring by giving motivational speeches at elementary and high schools throughout South Texas. His works has received recognition from the Texas State Senate and the Texas House of Representatives.

Roman (22-4, 11 KOs), who resides in Santa Ana, California, has not fought since June 2018, losing by unanimous decision to Javier Molina.

In the opening bout of the telecast, welterweight prospect Vito Mielnicki, Jr. (8-0, 5 KOs), an 18-year-old from Roseland, New Jersey who is trained by Joe Goossen, will fight Philadelphia’s James Martin (6-2) in an eight-round bout.