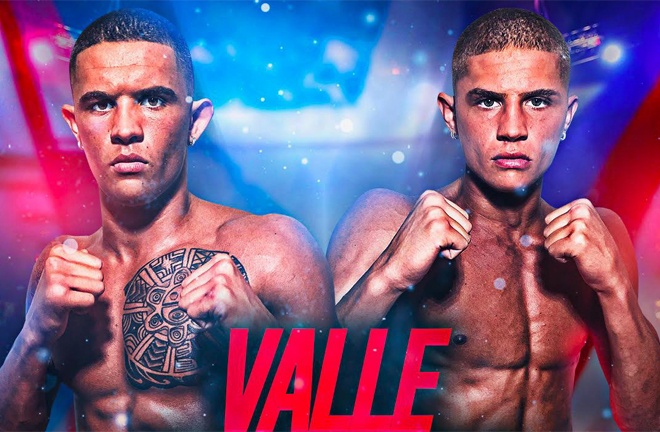 Heralded prospects and brothers Marques and Dominic Valle each made weight ahead of their respective contests Friday night, at ProBox Center, in Plant City, Florida.

Younger brother Dominic, making his professional debut, weighed in at 126 pounds, while his adversary Juan Bryand (1-11-1) was 127.4 pounds for their four-rounder.

In the unpaid ranks, the 20-year-old Dominic won the 2016 National Silver Gloves and the 2018 National Junior Olympics before finishing his amateur career at 43-3, with all three defeats coming by split decision.

The brothers, who train out of Florida, will fight on the undercard of the 10-round contest featuring featherweights Dennis Contreras versus Hairon Socarras.

“We’re excited to be fighting on the same card,” Marques, who scored a first round knockout in his pro debut against Jernato Harris, last September, told The Ring.

“It’s unreal that we’re doing this at the pro level. We both want to do big things at our respective weight classes.”

Both brothers fight under the ProBox Promotions banner, headed by Garry Jonas, and are managed by Split-T Management under Tim VanNewhouse.

“We started fighting a little bit later than most guys, so we didn’t get as many [amateur] fights as some people have but all of our fights were top level,” said Dominic.

Marques, who went 36-6 as an amateur, is looking forward to fighting stronger and more competitive opposition.

“I want to fight good fighters and fighters that I can look good against. I want both,” he said. “I don’t want bums that are expecting to get sparked out.

“I want the fans to be excited to see me step into the ring and do what I do best.”