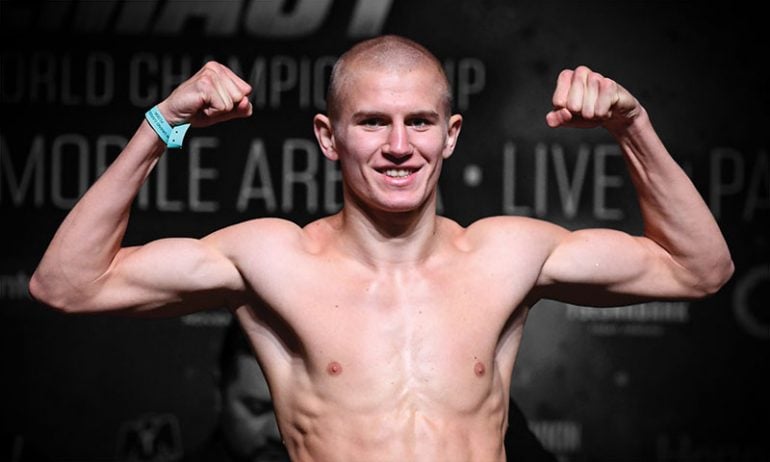 The only thing that has slowed Serhii Bohachuk down as a pro, thus far, has been a battle with COVID-19. But even after the virus had knocked him down, the hard-hitting 25-year-old was able to come out on top.

On Thursday, Brandon Adams figures to be a significant step-up in opposition for him, but the unbeaten Bohachuk looks forward to an impressive win opening up further opportunities in 2021.

At Wednesday’s weigh-in, both fighters came in at 153.8 pounds.

The winner of Bohachuk-Adams should take a major step forward in a talent-rich 154-pound division. The pair were scheduled to square off on December 3, but Bohachuk testing positive for COVID-19 forced Adams to face late-replacement Sonny Duversonne, whom he knocked out in two rounds.

Prior to the victory over Duversonne, Adams had not fought since dropping a unanimous decision to WBC middleweight titleholder Jermall Charlo in June 2019. Bohachuk (18-0, 18 knockouts) acknowledges the level of opposition his opponent has mixed with but remains confident of victory.

“I’ve followed and seen his fights on YouTube. I saw his fight against Charlo” Bohachuk told The Ring. “I respect him, but I’m more than 100-percent ready. I’m 200-percent ready for whatever Adams brings. No doubt, I will be the winner.” 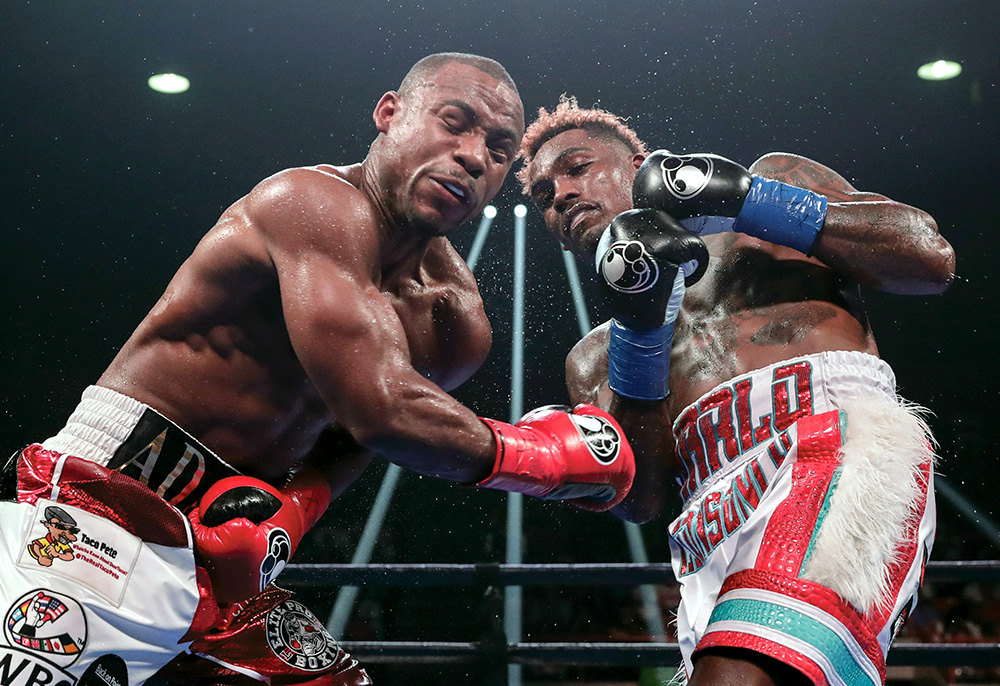 Adams on the receiving end against Jermall Charlo. Photo by Tim Warner/Getty Images

Bohachuk last fought on September 25, when he battered and stopped the once-beaten Alejandro Davila in seven rounds. That bout marked his first time working with Manny Robles, who replaced the trainer he’d been with for his entire career, Abel Sanchez.

A rift erupted that led to a split from Sanchez, but Bohachuk appreciates the time he spent with the popular Mexican-American trainer.

“I appreciate the three years of working with Abel Sanchez,” said Bohachuk, who is promoted by Lou DiBella. “That was the beginning; the first 17 years with Sanchez.

“Now that I’m with Manny, and after having COVID-19, and the one fight with Robles, I feel ready after training six days a week.

“Manny Robles has taught me a lot. He tells me not to think about the knockouts. I think about defense and what my opponent will do next. Manny Robles tells me to use power in the right situations. I respect and appreciate what he has done for me. I am a better boxer with Manny.”

While Bohachuk has enjoyed plenty of success since turning pro in February 2017, he struggled financially during his formative years in Vinitza, Ukraine.

However, after picking up boxing as a boy, Bohachuk’s talent was obvious. Towards the end of his amateur career, he notched an impressive knockout victory over Roniel Iglesias, who would win a bronze medal at the 2008 Olympic Games and gold four years later. It was following that particular victory that Bohachuk became convinced that he had what it takes to make a top pro.

“People in the Ukraine know about me because of that fight,” said Bohachuk. “Beating a world (amateur) and gold medal champion really gave me a lot of confidence.

“[The world title] belts is what really motivates me. I’m very hungry to win a world title.”

Bohachuk has also adjusted to life in the Los Angeles suburb of Studio City.

“I’ve enjoyed living here and getting to know boxing fans,” he said. “I love American and Mexican food in particular. When I fought [at The Avalon in Hollywood], I was surprised to see Mexican fans cheer me, especially when I was fighting Mexican opponents.

“When I step in the ring, the important thing is to win, not just by knockout, but by decision as well. If I see [the opportunity for a knockout], great. If not, I’m glad to win by decision. Fighting for a knockout is not on my mind, it just happens.

“I grew up poor, so I have great goals in life. I want to continue winning because I’m the biggest financial support to my parents, brother and the rest of my family back home. I’m ranked No. 7 by the WBC, but I believe I can move up to No. 2 or 3 with a win. I believe I am very close to an opportunity to fight for a world title belt.”