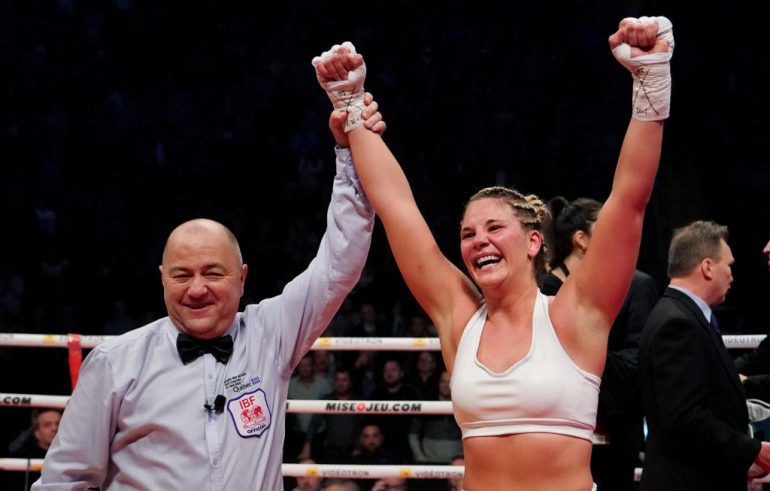 On March 5 at the Dort Financial Center in Flint, Michigan, Claressa Shields is expected to make history by becoming the first fighter in the four-belt era, male or female, to become undisputed champion in two different divisions. She has already claimed undisputed status in the middleweight division and will be attempting to duplicate that feat at junior middleweight when she takes on IBF titleholder Marie-Eve Dicaire of Saint-Eustache, Quebec, in a unification fight.

Even though Dicaire is undefeated and is making the fourth defense of her belt, Shields is the heavy favorite. And for a good reason. The Michigan native is ranked No. 2 on The Ring’s women’s pound for pound list, having already claimed belts in three divisions in only 10 pro fights.

“I am so comfortable as the underdog,” Dicaire (17-0) told The Ring. “When I was a kid and someone would dare me to do something, that gave me so much courage, drive, and fuel to accomplish it. To beat the odds brings me back to that situation. I love challenges, and I always said that I wanted to be the best, and to do that, you have to go through fights like this. It’s an opportunity of a lifetime. Since I was a kid, I dreamed of an opportunity like this to show my skills, talent, and passion for my sport. And now that I have this opportunity, I want to seize it.”

The Shields-Dicaire fight was initially scheduled for last May but had to be postponed multiple times because of the coronavirus. Despite the lengthy delay, Dicaire has remained in the gym and focused on her preparation, knowing that the biggest fight of her career would eventually come to fruition.

“Not going to the gym is never an option,” she said. “Sometimes I would go with less motivation, but once I open the doors and I’m there, I’m there 100-percent. Now that it’s official, I found some motivation that I didn’t know I had. I am really excited and looking forward to this fight. What happened during the year is in the past, and I’m focused on my preparation.”

If Dicaire wins this fight, her performance will jump to the front of the line for the sport’s Upset of the Year. The question is, how does she pull it off?

“I think it’s my mental toughness and my will to succeed and achieve my goal,” Dicaire opined. “To make the impossible happen is what I love best; to inspire people to dream big and protect their dreams. For me, this is more than a fight. I think it’s my will that differentiates me from all the other fighters that tried to beat Claressa and failed to achieve it.” 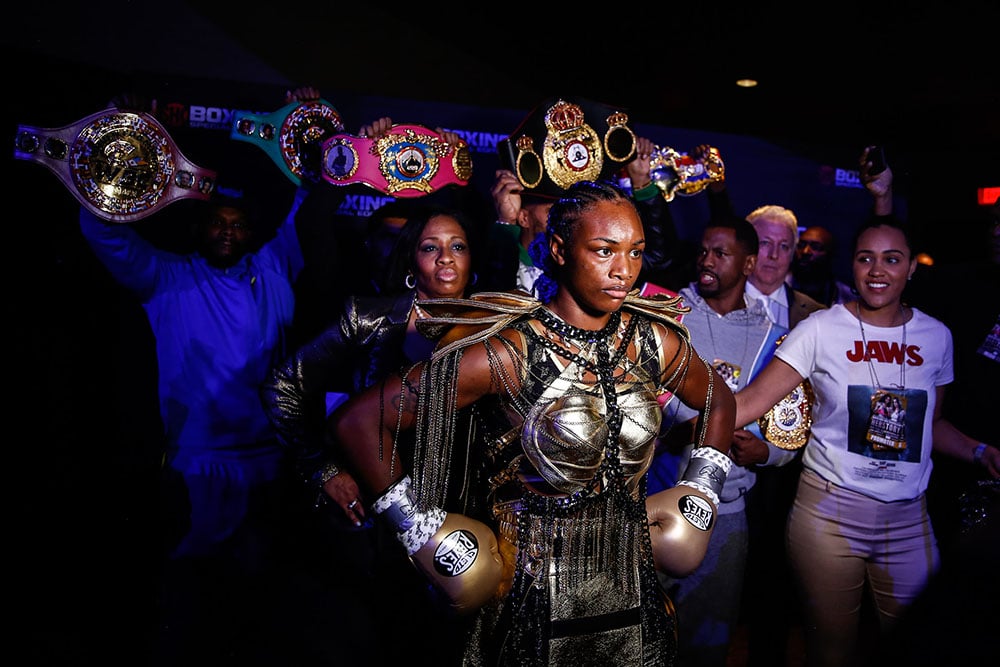 Although Shields is undoubtedly one of the best boxers in the world, she is not satisfied with dominating just one combat sport. By signing with Professional Fighter’s League (PFL), a mixed martial arts promotion for which she intends to debut this summer, Shields intends to prove that she is just as capable in the cage as she is in the ring. However, Shields has paused her MMA training to focus on her upcoming bout with Dicaire, having returned to Florida where she trains under head coach John David Jackson.

Dicaire doesn’t believe Shields’ focus will be adversely affected by her transition into MMA, and she fully expects the best version of Shields to show up on March 5. “I think Claressa is a good athlete that can put her focus on a good place, and I think she is going to be ready for this fight because she wants my belt.”

Even though the bout will be taking place in Shields’ backyard, there will only be limited fans in attendance due to the pandemic restrictions. That Shields won’t have the din of her hometown supporters cheering her on is an advantage in Dicaire’s eyes, especially considering it is her first fight outside of Canada.

“Being in Flint, Michigan with a crowd would help Claressa,” Dicaire acknowledged. “Since we’re in her hometown with no crowd, I think it’s more even. Most of the time, the crowd is energizing, but this time the motivation will have to be inside of us because we can’t rely on the crowd for that. I wouldn’t mind if there would be a crowd, but the situation is what it is, not what it should be.”

That sentence has special importance for Dicaire, which she borrowed from her sport psychologist, Jean-Francois Menard, who has worked with a who’s who of elite Canadian athletes. She credits it for helping her win a world title against Chris Namus in 2018 after being down on the scorecards.

“I am able to live in the present moment now,” offered the unbeaten titleholder. “It’s about taking what the present is offering you and making it an opportunity. This helps me to adjust and manage different game plans.”

In addition to being a major opportunity for Dicaire, her bout with Shields is historic for women’s boxing as a whole because it marks the first time that women will be headlining a pay-per-view event since Laila Ali fought Jacqui Frazier-Lyde way back in 2001. Dicaire recognizes the fight’s significance, but she is determined not to get caught up in its magnitude.

“I think it’s huge,” Dicaire said. “I am happy that I am making history. Boxing is more than a sport; it’s opening the doors and helping people believe in themselves. And I think for all the kids watching us, it shows that you can achieve when you believe. So I think this fight is significant for that, but I would honestly tell you that my focus is not on the outcome but on the task I have to accomplish to win this fight. I am not paying attention to the event’s visibility or how huge it is because what I have to do doesn’t change if it’s the first fight of the evening and nobody hears about it or if it’s the main event. My task stays the same, and this is where I want to keep my focus.

“I am looking forward to showing the improvement I’ve made in the past year. I want to show the world my skills, my boxing IQ, and I want to let my performance speak for itself. Just being in the ring will be amazing because I have been training for this fight for over a year, so I am enjoying every moment of the experience. I know I will be proud no matter what because I gave it my all in my preparation, and I know I will give it my all in the fight. So regardless of the result, I will be proud. But for me, there is nothing but a victory in my mind.”

The inaugural Ring Magazine women’s junior middleweight championship will be at stake in the Shields-Dicaire bout.

Fans can order Shields-Dicaire on PPV through their existing cable & satellite providers, including Xfinity, Spectrum, Contour, DirecTV/U-Verse, Dish, Fios, and Optimum, among others. SUGGESTED RETAIL PRICE: $29.99.