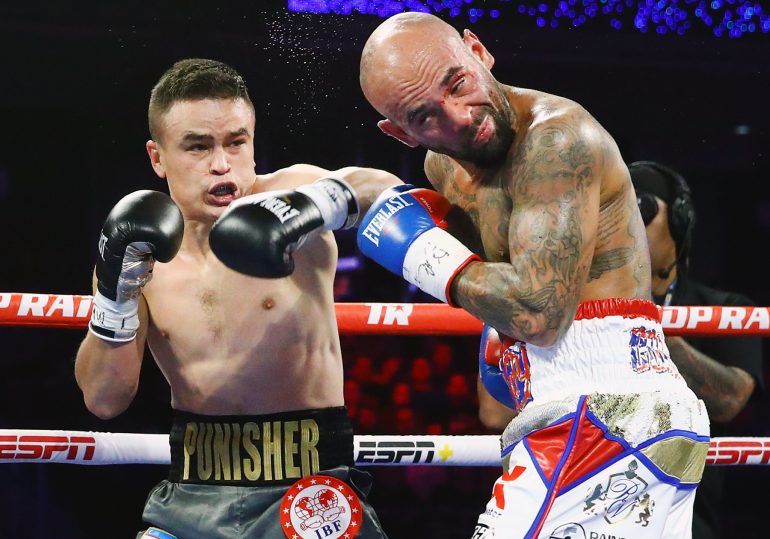 Boxingscene’s Keith Idec was the first to report the news.

The 10-round bout will take place at the Mohegan Sun Casino in Uncasville, Connecticut and will precede the main event bout between former WBC super middleweight titleholder David Benavidez and Ronald Ellis.

Opening the three-bout Showtime telecast (9 p.m. ET/ 6 p.m. PT) will be a 10-round lightweight bout between Isaac Cruz and Jon Fernandez.

Abdukakhorov (17-0, 9 knockouts), who is originally from Uzbekistan and now resides in Kuala Lumpur, Malaysia, has not fought since October 2019, defeating Luis Collazo by technical decision.

The 27-year-old was scheduled to face former world junior welterweight titleholder Sergey Lipinets on October 10, but was pushed back two weeks later. The fight was eventually cancelled after Abdukakhorov was unable to secure a visa to enter the United States.

Flores (15-2, 13 KOs), who resides in Aguadilla, Puerto Rico, has also not fought since October 2019. In his last bout, the 34-year-old southpaw knocked out unbeaten prospect Angel Ruiz in round 2.

The clash between Cruz and Fernandez will feature one-loss punchers with the winner becoming a legit contender in a competitive lightweight division.

Cruz (20-1-1, 15 KOs) notched his best win on paper in his last bout on October 31, knocking out former two-time world title challenger Diego Magdaleno in the opening round. In his previous fight on February 14, the Mexico City resident defeated Thomas Mattice by majority decision.

Fernandez (21-1, 18 KOs), who resides in Bilbao, Spain, knocked out Aristides Perez in the opening round of his last bout on February 8 of last year. The 25-year-old has won his last five bouts since suffering the only loss as a pro at the hands of contender O’Shaquie Foster in September 2018.