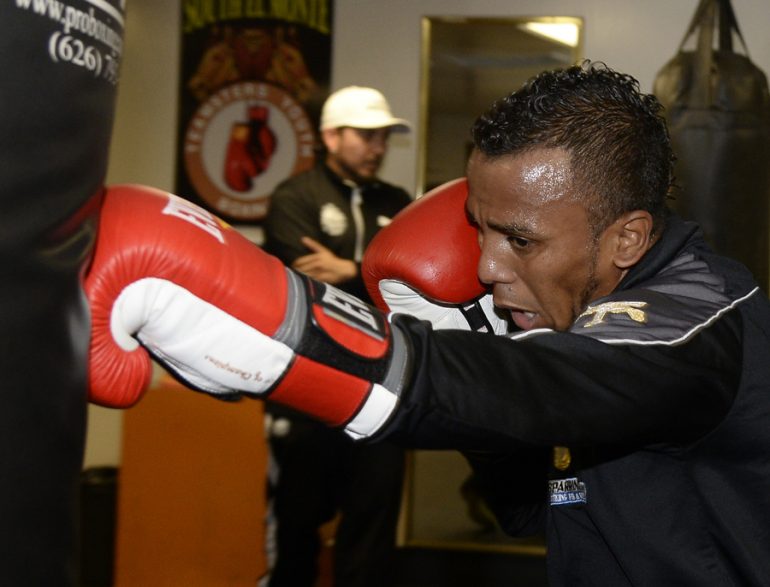 Junior featherweights Oscar Negrete and Ronny Rios have spent a part of their pro careers helping one another prepare for their biggest fights.

Negrete served as a sparring partner for Rios leading up to his upset sixth-round knockout over previously undefeated prospect Diego De La Hoya in July 2019. And Rios returned the favor to Negrete, who fought Joshua Franco to a draw for the second time in their memorable trilogy.

If the pair were ever friends, their cordiality will come to an abrupt halt on Saturday when the two meet in a scheduled 12-round contest at Fantasy Springs Resort Casino in Indio, California, with a possible title shot looming for the victor.

“This is not going to be easy,” Negrete stated to The Ring. “But I like this fight.”

The 33-year-old Negrete (19-2-2, 7 knockouts), a Colombia native based in California, who was outpointed by former titleholder Rey Vargas in a March 2017 title bout, believes a victory over Rios, a secondary titleholder at 122-pounds, could open up doors that were not previously imaginable.

“This is a huge opportunity that could get me a title shot,” said the No. 12 ranked WBA contender.

There is not a single fighter who has said, at least publicly, that Negrete has been an easy outing. What is the secret behind his preparation?

“I always prepare conscientiously,” he revealed. “I give the best of myself every time I step into the ring and when I train.”

But boxing is not a tough man’s game. It is a thinking man’s sport. Sure, being tough is undoubtedly an asset, but having a clean slate, is even more propitious.

“I prepare for the fight, but I also come in with a winning mindset, a positive mindset,” Negrete continued. “I go in there with a desire to fight and to always show the best of my abilities.”

Rios (32-3, 16 KOs), 31, of Santa Ana, California, is coming off a string of knockout victories after getting knocked out himself in March 2018 by Azat Hovhannisyan.

“Rios mixes up his shots very well, and I have to aware of his power,” Negrete said. “We have also been working on our defense for this fight.”

When asked if that could lead to some sacrifices offensively, Negrete, who has not fought since defeating Alberto Melian via 10-round unanimous decision last February in California, assured that would not be a problem.

“That doesn’t mean that I’m not going to attack,” he said. “I need to be careful of certain punches, like his left hook, and his body work.”

“We know that Rios is dangerous.”