Amanda Serrano will take on Daniela Bermudez on March 25 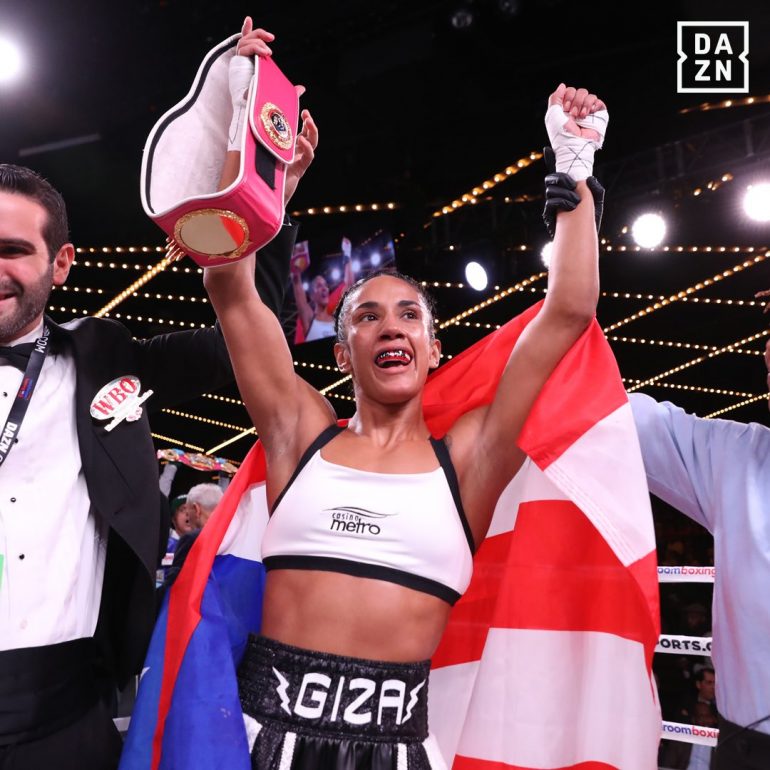 Amanda Serrano, ranked No. 5 pound-for-pound by The Ring, will face Daniela Bermudez on March 25, a source confirmed to The Ring Thursday afternoon.

On Thursday, the WBC appointed Jelena Mrdjenovich to “Emeritus Champion” and elevated Serrano to full titleholder. The sanctioning body had ordered both sides to negotiate a deal to be completed by today (February 5), but both sides failed to reach an agreement.

Mrdjenovich retained the WBA title, which she defended in her last fight on December 17, a 10-round unanimous decision victory over Mexico’s Iranda Paola Torres.

For the last several months, Serrano has sought a unification fight with Mrdjenovich. Serrano won the WBO title in September 2019, defeating Heather Hardy by unanimous decision.

March 25 will mark a homecoming for the 32-year-old Serrano, who currently resides in Brooklyn, New York, though was born in Puerto Rico.

“I’m ready for another war between (fighters from) Puerto Rico and Argentina,” said Serrano, who is promoted by Lou DiBella and managed and trained by Jordan Maldonado. “In 2014, I won a lightweight world title in Argentina by defeating Maria Maderna. That could be motivation for Daniela.

“Regarding Jelena, I only have to say is that she has her reasons for not fighting (me) and I respect her for all she has accomplished. I will not rest until I have all the titles at 126 pounds. I’m positive great fights can be made that will make history.”

Bermudez, who resides in Rosario, Argentina, stopped Cintia Castillo in round 10 of her last bout on December 4. With the win, the 31-year-old Bermudez, who is ranked No. 3 by The Ring, won the vacant IBF junior featherweight title.

Francisco A. Salazar has written for The Ring since October of 2013 and has covered boxing in Southern California and abroad since 2000. Francisco also covers boxing for the Ventura County (Calif.) Star newspaper. He can be reached by email at [email protected] or on Twitter at @FSalazarBoxing.