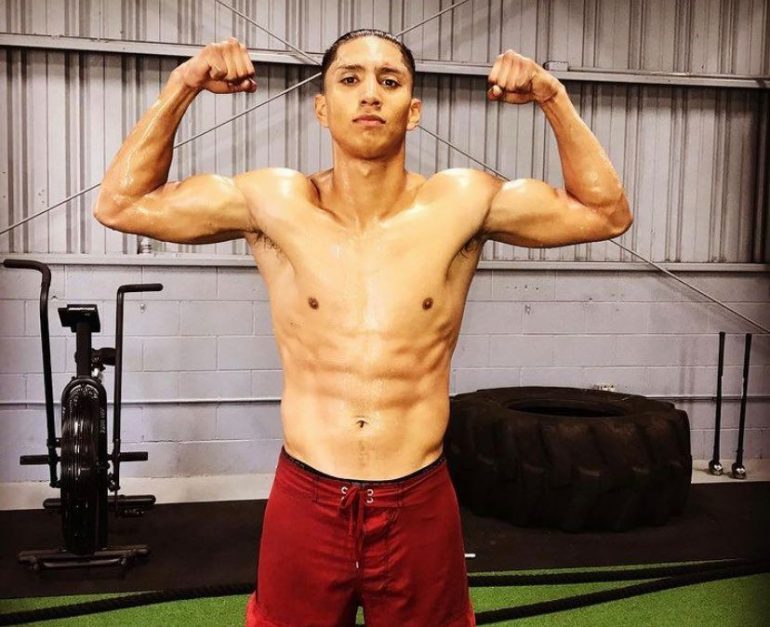 The eight-round bout will take place at the Omega Products International in Corona, California and will headline a ‘3.2.1 Boxing’ card that will stream live on the Thompson Boxing Promotions Facebook and YouTube pages, along with Fight Hub TV (6:30 p.m. ET/ 3:30 p.m. PT).

Both Bustos and unbeaten middleweight Richard Brewart, Jr., who will also fight on the February 21 card, are both promoted by Thompson Boxing.

“Bustos and Brewart have become staples of our events and, with these fights, they should continue their journey to the top,” said Alex Camponovo, Thompson Boxing’s general manager and creator of 3.2.1 Boxing. “We expect to start the year with a bang and we think that these matchups will do just that.”

The 27-year-old Bustos (13-0-1, 7 knockouts) last fought on September 6 against Luis Lopez in a clash of unbeaten prospects. The more-aggressive Bustos was on the initiative from the opening bell, winning a one-sided decision over eight rounds.

In his previous fight on February 21, Bustos stopped Ariel Vasquez in the second round. Bustos hopes to build on the success of the victory over Lopez.

“I am happy to return to the ring after such a big win in my last bout against Luis Lopez,” said Bustos, who has won his last 10 bouts since a technical draw against Nam Phan in August 2015. “I have been training hard with my coach Manny Robles, and I am ready to make a statement and put the division on notice.”

Manuel (18-17-1, 5 KOs), who resides in Payne, Louisiana, defeated Patrick Pierre by unanimous decision in his last bout on February 8 of last year. He has won three of his last four bouts.

“I am going to make this fight rough for Bustos,” said Manuel, who stands 6’2”, three inches taller than Bustos. “I know who I am as a fighter, and I have been through a lot, and Bustos will be in for a tough fight against me. I have way more experience than him and it will be the main factor on why I will win this fight. I’ll be in great shape as I’ve been training this whole time I’ve been out of the ring.”

Brewart, who resides in nearby Rancho Cucamonga, will square off against Nathan Weston in a clash of unbeaten fighters.

In his last bout on December 20, the 22-year-old Brewart overcame a knockdown in the opening round to knock out Louis Hernandez out in round 2. Brewart is trained by Henry Ramirez.

Weston (6-0-2, 3 KOs), who resides in the Atlanta, Georgia suburb of Fayetteville, has not fought since battling to a draw against Isaac Freeman in October 2019.

In the opening bout, former amateur standout Nelson Oliva of nearby Fontana will make his professional debut against an opponent to be determined in a four-round middleweight bout.