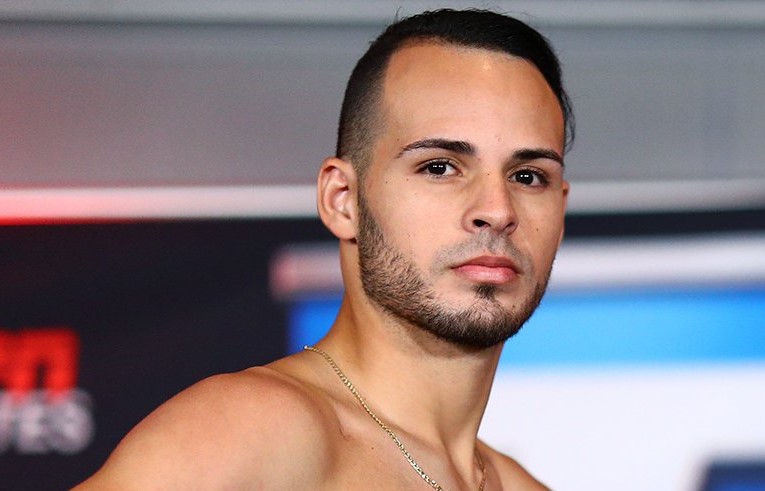 The 10-round bout will take place at the Osceola Heritage Park in Kissimmee, Florida and will air live on Telemundo (12 a.m. midnight ET/ 9 p.m. PT).

The Alamo-Beltran fight will kick off the 2021 ‘Boxeo Telemundo’ series on the Spanish-language network.

Alamo (18-0-1, 12 knockouts), who resides in Caguas, Puerto Rico, will return to action for the first time since February 28, when he defeated Kendo Castaneda by majority decision in an action-packed fight. That bout took place almost five months after Alamo and former fringe contender Antonio Moran of Mexico battled to a split decision draw.

This will be Alamo’s sixth consecutive fight at the Osceola Heritage Park, where he has developed his skills in the hope of making a serious mark on a competitive 140-pound division.

“I am excited to be back in the ring in what feels like my second home, with my people cheering me on again,” said Alamo, who is trained by former world strawweight titleholder Ivan Calderon. “2021 will be my year, and after this fight, I (will be) ready for the bigger challenges.

Beltran (17-3-2, 10 KOs) has not fought since losing to then-unbeaten welterweight Derrieck Cuevas in July 2019. He also suffered a setback in his previous fight, in November 2018, dropping a majority decision to unbeaten Oluwafemi Oyeleye of Nigeria.

Having campaigned mostly at 147 pounds in his previous seven fights, Beltran, who resides in the boxing hotbed of Culiacan, Mexico, believes he will be at his best fighting as a junior welterweight.

“In my last fight, I gave up too much weight, which cost me the fight,” said Beltran, who is the older brother of former world title challenger Miguel Beltran and the cousin of former WBO world lightweight titleholder Ray Beltran. “I have been training hard since the new year (began). Now I’m back to my original weight class, where I feel strong. The only goal I have is to bring a win back to Mexico.”

Following their March 13 card in Mexico City, All Star Boxing promoted eight shows in Kissimmee with no fans in attendance. Promoter Tuto Zabala has now announced that fans will be allowed to attend at 50-percent capacity. All safety measurements, including social distancing, temperature checks, and wearing of masks, will be required prior to entering the venue.