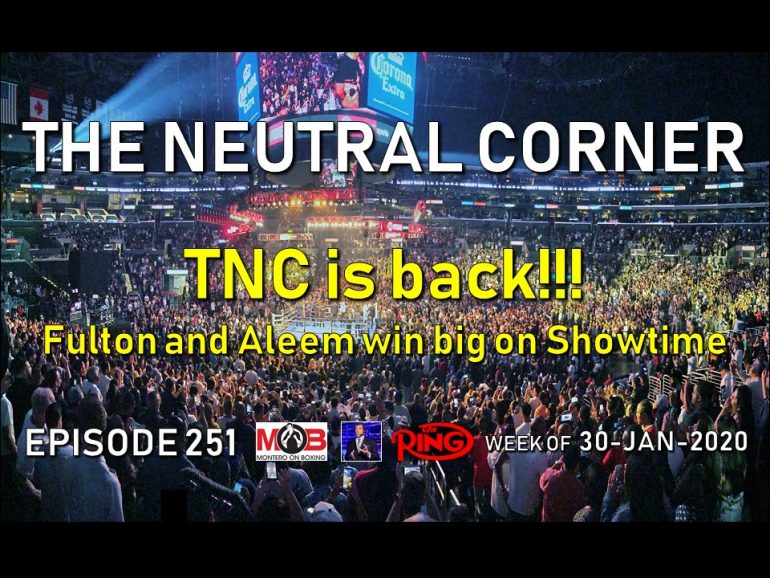 On episode 251 of The Neutral Corner boxing podcast, host Michael Montero opined on rumors of a fight between Manny Pacquiao and Ryan Garcia. Although most fans would rather see Pacquiao fight top Errol Spence or Terence Crawford, Montero argues that a fight between Pacman and King Ry would not only do bigger business, it would drive more media traffic as well.

Meanwhile, former light heavyweight champion Sergey Kovalev tested positive for Synthetic Testosterone, cancelled his scheduled fight with Bektemir Melikuziev. The Russian’s decline – inside and outside of the ring – has been precipitous and ugly.

Ace from Ventura, California says he used to be a PPV junkie decades ago, but is stringent with his spending today. He’s a big fan of DAZN and their annual subscription for $99.99.

“Back in the day I used to buy every single PPV, didn’t matter what it was,” he said. “I’m more selective now. I’m not buying any more PPVs that I don’t feel are worthy. Hopefully more fans have my point of view and it gets the promoters to put on better PPV cards. The one platform that’s really been holding it down is DAZN. They’re giving me value, $100 for a whole year.”

@33:27 Review of ShoBox and PBC on Showtime cards