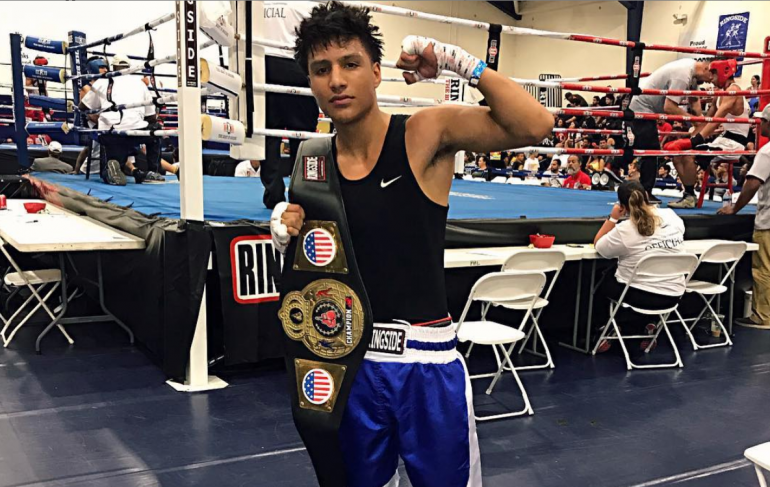 Vargas will face Martin Sanchez in a four-round featherweight bout in Hermosillo, Mexico. The fight will be part of a BXSTRS Productions card that will air live on ESPN Knockout.

Amado is the second of Fernando Vargas’ sons to make his pro debut. Fernando Vargas, Jr. fought on December 18 in Merida, Mexico, scoring a knockout victory over Pablo Rosas after Rosas remained on his stool after round 2.

The 20-year-old Vargas, who compiled a modest amateur record of 42-7, was ranked as high as No. 5 in the 114-pound division by USA Boxing. He hopes to follow in the footsteps of his famous father, who will also train him.

“I feel great, definitely excited to display my talents on ESPN Knockout,” said Vargas. “It’s an honor to continue the legacy that my father has left. Now it’s my turn to show the world that these Vargas boys can really fight.”

Vargas trains at the Fernando Vargas Fighting Foundation in Las Vegas, Nevada. The gym is owned Fernando, Sr., who believes both his sons can win a world title belt.

“I’m thrilled to have Amado follow the footsteps of Fernando Jr. in turning professional,” said Vargas, who has also trained the likes of middleweight Gabriel Rosado and prospect Francisco Esparza. “Like his other two brother, Amado takes boxing very seriously and has dreams of becoming a world champion but he understands the work and discipline that is involved.”

“Once again, I’m very happy we were able to put this fight together on ESPN Knockout,” said advisor Tom Loeffler. “Thanks very much to BXSTRS Productions for giving Amado this opportunity. As with Fernando Jr., I’m looking to seeing Amado in the ring, as he continues bringing in the next generation of the Vargas family into the boxing ring.”