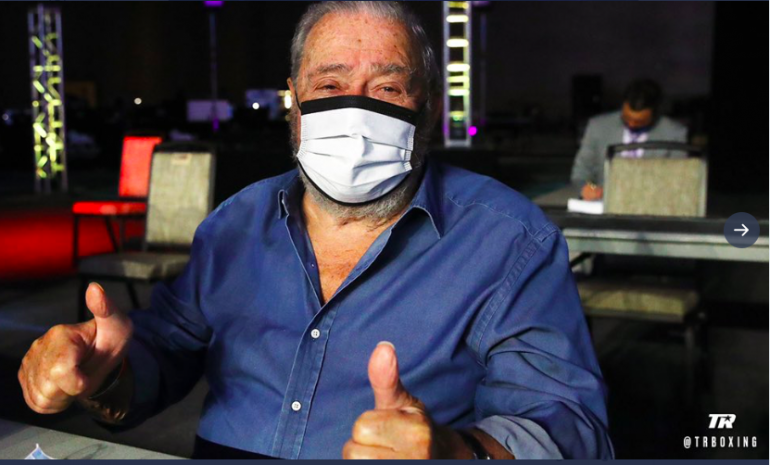 It doesn’t surprise you, does it, that Bob Arum doesn’t pull his punch on the subject of the anti-COVID vaccine and the presence in America of tens of millions of adults who say they won’t take a shot that could be 95% effective in preventing coronavirus symptoms.

If you are eligible to get a vaccine shot, and have access to one, and you don’t, Arum isn’t shy to share what he thinks you are: “An absolute moron.” 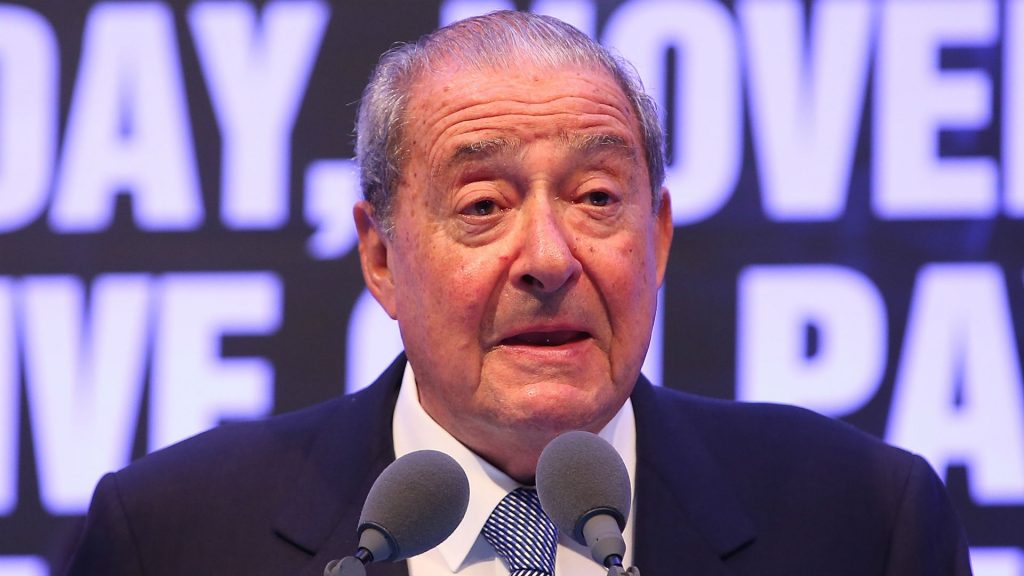 Arum got his shot Monday, and will, moving forward, enlist his fighters to spread the word that the vaccines are common sense weapons to shrink the virus’ impact.

“Within five minutes I’d filled out paperwork, and then I got the shot, didn’t even feel it,” Arum told me on Friday afternoon. “After the shot, I went to another desk, they gave me a card for a second shot, Feb. 16, same place. I had to go to a room, and sit for 15 minutes, make sure I had no reaction. The whole thing took me 20 minutes, I had no pain in my arm, I had no reaction. Anybody, once shots become plentiful, which they will, anyone that neglects to get the vaccine is a moron, an absolute moron. Because they are completely safe! To give you that peace of mind, that safety feeling of getting vaccinated, to avoid doing it, you have to be absolutely crazy.”

Arum hasn’t been happy when he’s talked to adults who tell him they will avoid getting the shot. We’ve read the stories and heard from people who share their reasons for not trusting authorities. Some of the lack of trust in some cases make sense to the promoter, he told me. Stuff like the Tuskegee Syphillis Experiment, he said, he understands how those egregious events send ripples of trauma that are felt decades later. “But I’m going to have my fighters be advocates,” he shared with me.

We talked about how big George Foreman did his part, putting out a video snippet on social, showing him getting a vaccine dose.

On Jan. 19, Big George beamed that million watt grin in a picture when he Tweeted out to his almost 200,000 followers. “We should do everything possible to get the vaccine,” he said. “When I received my shot, there were 400 ahead of me. Not one a celebrity. I just wanted to point to the truth of it being safe. I feel great by the way.”

Yes, he showed admirable leadership skills in sharing his willingness to trust in science. I messaged him shortly after, and checked in. He was still feeling great.

“Iv’e been taking vaccines since age 5 or 6,” said the Hall of Famer who went 76-5 in separate stints as a pro (1969-1977 and 1987-1997). “We had to line up like soldiers just to get in school. Every few months I’d be out there screaming for fear of the needle. Surely it’s the cause of my long life today. Why would I get to be old and then be scared of a new vaccine. NoO Olympics, Asian tours, even needed one to be kayoed in Africa,” he said, with typical good humor, referencing his ‘Rumble in the Jungle.’ “Yes, it’s been a life vaccinations. My hope is to be in line for AIDS and cancer vaccines.”

He will go back and get the “booster” in four weeks, which is the time spacing recommended by the Moderna team.

The vaccine, how available it is (or isn’t), has been all over the news in the US this week, and the subject of COVID ticked up hard Friday in the boxing sector of the Twittersphere, courtesy of 140 pound ace Josh Taylor. 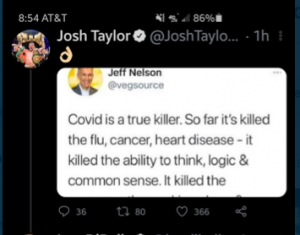 Taylor deleted the inflammatory Tweet, which was just sort of a “co-sign,” because Taylor gave an emojified thumbs up to something written by a guy named Jeff Nelson, whose Twitter handle is @VegSource. A scan of his timeline tells you he thinks COVID is a “scam,” and he states himself or endorses via re-Tweet postions like this: people who died from COVID were just going to die really soon anyway, so COVID didn’t kill them. Nelson is a pandemic skeptic, critiquing the calls to do distancing and lock-downs so there are fewer people inter mingling, thus reducing the possibility of infections by asymptomatic carriers.

Nelson has an agenda, which he hammers faithfully. He noted that Henry Aaron had a vaccine shot last week, and then died.

An excerpt from a Jan. 22 story in the NY Post.

But Nelson tells his 9,000-plus followers that the home rung king died from the vaccine. Nelson believes that your liberties are being chipped away at, and posts as proof that one cruise line is employing a ‘better safe than sorry policy’ and only allowing vaccinated passengers onboard. OK, you get the drift what sort of guy Josh Taylor is aligning with.

A scan-check of Taylor’s timeline shows his response to being called out by Lou DiBella, and lots of other boxing fans. And also that he tried to backtrack after DiBella got pugnacious on him, but that he regularly communicates skepticism toward ‘mainstream’ methods to tamping down this pandemic. 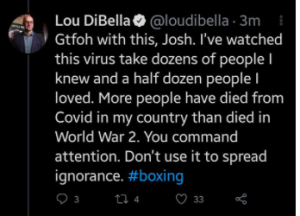 “The point of the tweet was that I believe the lockdowns & restrictions are doing more harm than good. Depression, suicides, missed cancer treatments, people’s business going under, people losing jobs, using food banks, The list goes on. It ain’t good for anyone.”

A Taylor timeline scan shows that he’s not a busy beaver like Nelson, but that yes, the 30 year old Taylor (17-0, holds WBA and IBF 140 titles) isn’t a fan of masking up, and doesn’t trust that anti COVID vaccines are what manufacturers say they are. 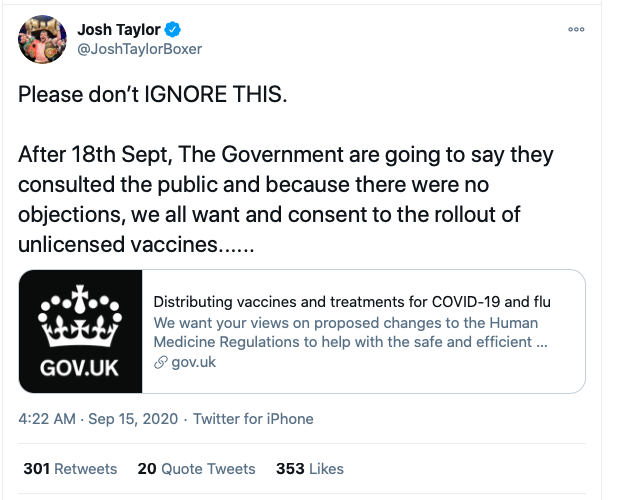 Taylor sometimes makes his POV known by re-Tweeting other accounts.

Other fighters have publicly made clear that they are dubious as to the true strength of the coronavirus. Terence Crawford said he thought the media made too big a deal of the virus back in April, and it’s clear he’s not pivoted from that space, fully, and still holds doubts about whether he’s being fed righteous info.

Arum knows where he stands on the matter, and will spread that word going forward.

“I can see some people being resentful (of people in power having lied to and mistreating them and their forebears),” Arum said. “But I’m going to have my fighters be advocates for getting vaccinated. Do the right thing for yourself, for chrissakes!”