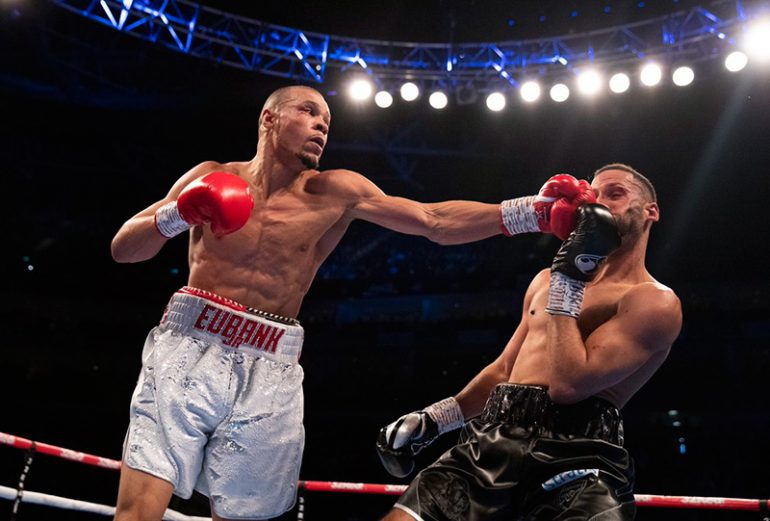 Like most fighters, Chris Eubank Jr. loves his job.

During the embryonic stages of his professional journey, the Englishman maintained a breakneck schedule and moved quickly through the domestic ranks. As he drifted on to the world scene his activity naturally digressed, but when Eubank Jr. wasn’t training for a fight, he was always plotting his next move. The global pandemic may have forced the popular middleweight contender into his longest period of inactivity (13 months), but it has also led to an alliance which he insists will bear fruit in the not-too-distant future.

“I met Roy Jones Jr.,” said Eubank Jr., who has been training under the tutelage of the legendary four-weight world champion for the best part of 12 months. “I would never have come into contact with Roy if it hadn’t been for COVID-19, so even though the pandemic has stopped me from fighting, it’s still been a great year for me in terms of my boxing career. I’ve found someone who is a genius, a master, and he will be in my corner for the rest of my career. I’m very grateful for the time he’s spent with me, and I’m very excited to move forward and achieve big things with him by my side.

“I’m 31 years old, so me becoming a completely different fighter isn’t going to happen. But I have a solid foundation, I have a fighting style which is very hard to contain, and Roy is tweaking that, developing that in a way that I didn’t think was possible. Roy is all about the small things and at the elite level you can lose track of the small things. You think to yourself, ‘Ok, I’ve done that,’ but Roy brings you back to the small things because they all add up and become big things. He is also big on boxing IQ and the mental side of boxing; how you approach a fight, how you think before a fight. All these things are priceless gems that I’m getting exposure to each and every day. All of this has improved my boxing ability, and just from sparring I can see the difference. I’m very excited to get into the ring and see how that transfers over into real fight situations.” 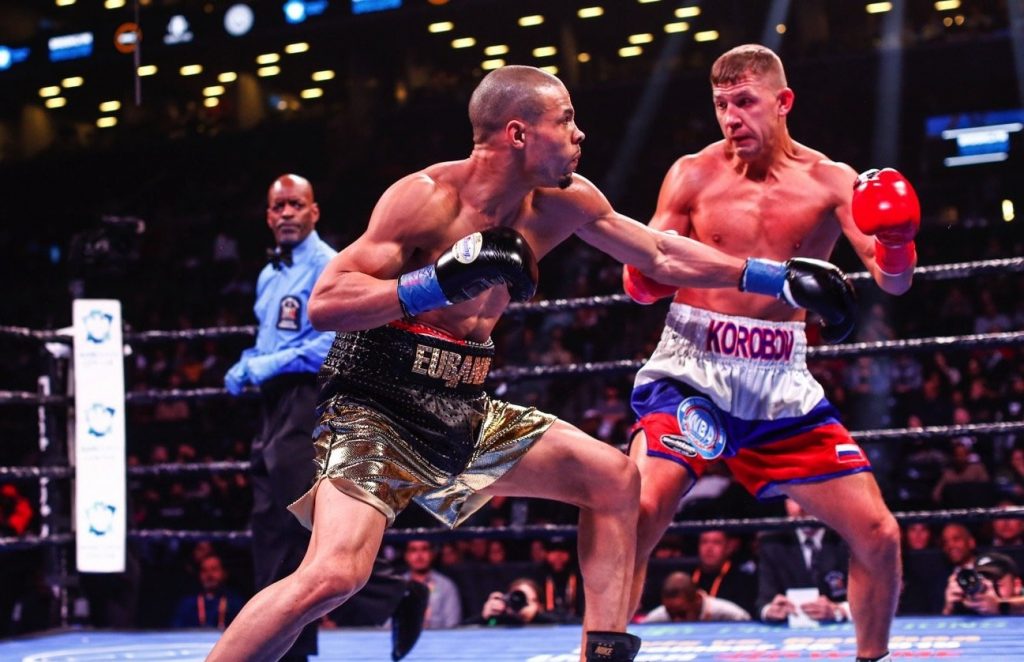 In his last outing, Eubank Jr. picked up a win over Matt Korobov, who was injured. Photo by Stephanie Trapp/ SHOWTIME

Eubank Jr., who is rated No. 6 by The Ring at middleweight, last saw action in December 2019, when he picked up a TKO 2 win over former amateur star Matt Korobov. The Russian southpaw suffered a debilitating shoulder injury that led to the bout being stopped, but his enormous misfortune was a stroke of good luck for his opponent who was installed as the mandatory challenger for the WBA 160-pound title, now held by Japan’s Ryota Murata.

“All the world champions are on the hitlist, but obviously I’m the No. 1 contender for [Murata’s] belt, so that may make the most sense,” Eubank Jr. offered. “The pandemic has put up a lot of barriers; there’s a lot of things that you need to get past to make fights happen, but I would go to Japan [if travel was permitted]. He has the belt, he’s the champ, and sometimes you’ve got to go to the champ’s backyard and take it from him. I’m no stranger to fighting in people’s backyards and being the bad guy. That would be fun.

“I’ve only seen [Murata] fight once or twice and he likes to scrap, he likes to stand there and trade. I’m also a fan of that style, so putting us together would make for a very fun fight. I know how to beat him, I’ve watched him, and I know where he’s lacking in his abilities. I see that fight being very explosive early on and I think I’d stop him between six and eight.”

After posting two wins under the Premier Boxing Champions umbrella, Eubank Jr. recently defected to Sauerland Promotion. The pandemic has slowed things down for everyone but being overseas and relatively new to the PBC stable led to things being slower than slow. The Brighton man is now eager for Team Sauerland to deliver a world title bout at 160 pounds, and he all but dismissed a return to 168, where he posted a career-best win over former two-time super middleweight titleholder James DeGale (UD 12) in February 2019.

“I’ve never been a super middleweight,” Eubank Jr. admitted. “I was waking up on the day of the weigh in and eating a full breakfast in order to hear 168. Twenty-four hours later I’d still be 168 and these guys would be 20 pounds heavier than me. The only reason I was ever at 168 is because there was big names, big money fights, and I’m not one to back down from a challenge. I was very successful at 168, but I feel that 160 is my natural weight, it’s the weight I’m most dangerous at, and there’s huge fights there.

“If Canelo is up for a showdown at 168, I would move back up for that fight,” continued Eubank, mirroring the thoughts of countless top-level fighters located anywhere between 147 and 175 pounds. “People are saying he’s pound for pound, people say he’s the biggest name in the sport, but I think I can beat him. I think I’m the one guy that has the style that could trouble Canelo Alvarez the most. I want the fight, I want the challenge, I want to show people that he isn’t invincible. If they put that fight in front of me, then I’m back at 168.”