Promoter Mike Acri, known for working with Camacho and Spadafora, dies at age 63 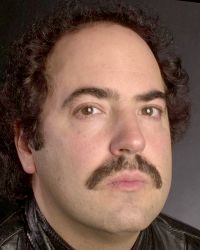 Mike Acri, the Erie, Pa. based boxing promoter who led Paul Spadafora to the lightweight title, died Sunday at age 63. The news was confirmed to The Ring by his sister, Marci Acri.

Acri had been battling pancreatic cancer for the past two years.

A boxing fan since childhood, Acri first got his start in the business working public relations for fellow Erie native Don Elbaum in 1981, and then worked as an assistant to matchmaker Al Braverman, who worked with Don King.

Acri later branched out for himself, promoting Roberto Duran when he upset Iran Barkley to win the WBC middleweight title in 1989, as well as for the third fight against Sugar Ray Leonard. He promoted Hector Camacho from 1994 to 1999, including the two fights against Duran and his fight with a prime Oscar de la Hoya in 1997, and he also handled Donovan “Razor” Ruddock during his comeback, and worked with Robert Daniels when he was WBA cruiserweight champion.

At a press conference prior to Leonard-Duran III in 1989, Acri delivered a ten minute speech, questioning whether Leonard had the same hunger and desire to fight as he once had. Leonard fired back, “Good thing you don’t have a talk show. Your monologue sucks.”

The fighter he had been most closely linked with in recent decades was Spadafora, who he led to the IBF lightweight title in 1999 with a win over Israel “Pito” Cardona, and promoted on cards that were broadcast on HBO and ESPN2.

Fred Sternburg, who has known Acri since he first started in boxing, and worked with him doing public relations for Spadafora and other projects, says the sport lost a “great sounding board for advice” with his passing.

“I think it would be nice if he was known for more than just being the guy who brought back Camacho and Duran, and built up Spadafora into a champion,” said Sternburg.

“He was just a regular who wanted to help. It was never a business for him. His fighters were always family.”

Little was known about Acri’s illness, even by people who had known him for decades. Russell Peltz, who had known him for over 30 years, recalls a misunderstanding with Acri, when Acri no-showed his induction into the Pennsylvania Boxing Hall of Fame in 2018. “I was really upset with him. I didn’t speak to him for about two years,” said Peltz, a legend of Philadelphia boxing promotion. Peltz said he got a call from Teddy Atlas about six months ago, advising him to give Acri a call. Against his initial judgment, Peltz made the call.

“Thank God I called him and we got back to where we were for years,” said Peltz. “When I spoke to Teddy today when I got the news, I said boy am I glad that you told me to call Mike Acri because I would have felt even worst than I feel right now.”

Continued Peltz: “I can’t think of anybody ever saying anything negative about Mike Acri. He was just one of boxing’s unknown, unsung heroes. The kind of guy that would give promoters a good name.”

Acri’s name had been in the news again when the documentary he co-produced, “Macho: The Hector Camacho Story,” was released on Showtime last month.