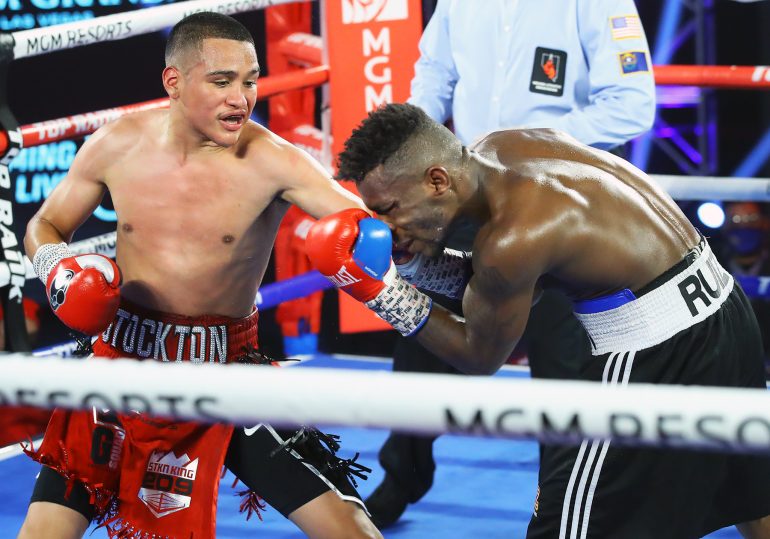 The 10-round bout will take place at the MGM Grand Conference Center in Las Vegas, Nevada and will precede the main event bout between WBC junior lightweight titleholder Miguel Berchelt and challenger Oscar Valdez.

The clash between Cancio and Flores is a quintessential crossroads bout where a win by Cancio will put him back into title contention while Flores would take a major step forward in a talent-rich division.

Cancio (21-5-2, 16 knockouts), who grew up in Blythe, California and now resides in Ventura, California, has not fought since losing by knockout to Rene Alvarado in November 2019. Cancio was released by Golden Boy Promotions after a dispute with the company, eventually signing a deal with Top Rank weeks later.

The 32-year-old was scheduled to return to action on April 25 in Las Vegas, on the undercard of the unification bantamweight title fight between Ring Magazine champion Naoya Inoue and WBO titleholder John Riel Casimero, but the entire card was canceled due to the COVID-19 pandemic.

Cancio, who also works full-time as a construction technician for the Southern California Gas Company, is excited to make his long-awaited return to the ring.

“I’m very excited to return to battle on February 20 against Gabriel Flores Jr.,” said Cancio, who is managed by Ray Chaparro. “I’m working hard in the gym, and I know that this fight is the first on my path to becoming a world champion. I would like to thank my fans, who have been so incredibly supportive. I’ve heard you loud and clear and can’t wait to put on another great show for you.”

Despite the ongoing pandemic, Flores (19-0, 6 KOs) fought three times in 2020. In his last bout on October 3, Flores defeated former fringe contender Kielczweski by unanimous decision. In his previous bout on June 18, the 20-year-old dropped Josec Ruiz of Honduras once en route to a one-sided decision victory.

Flores, who signed a promotional deal with Top Rank at the age of 16, believes he has the skill-set to defeat an experienced fighter in Cancio.

“My main goal is to win a world title,” said Flores, who is trained by his father Gabriel Flores, Sr. “Dominating a (contender like Cancio) will put me in a great position to challenge for a title soon.”