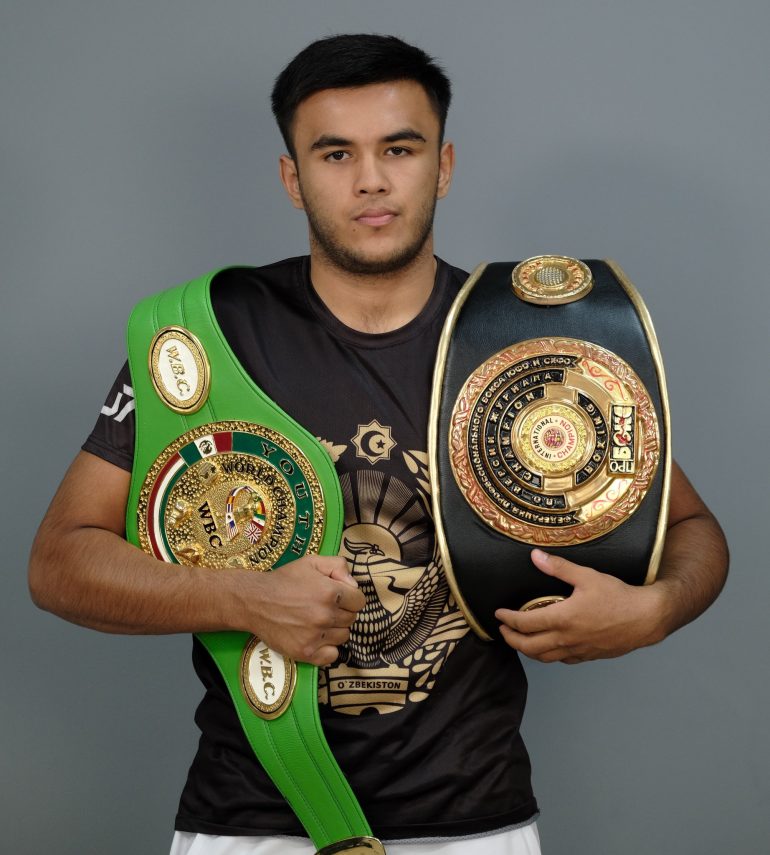 Makhamadjonov becomes the latest fighter from Uzbekistan to sign with a United States-based promoter.

The 21-year-old Makhamadjonov (11-0, 7 knockouts) last fought on September 4 in Moscow, overcoming a knockdown in round 2 to defeat Volodymyr Hordiienko by unanimous decision. In his previous fight on February 22 in his hometown of Tashkent, Makhamadjonov stopped Bakhrom

The former amateur standout, who was inspired to box by watching videos of Muhammad Ali fights, began boxing at the age of 10, compiling a modest list of accomplishments, including winning the Tashkent City Amateur Boxing Championships seven years in a row (2011-2017), the 2012 Uzbekistan Amateur Boxing National Championships, and the 2016 Zhuraslev International Boxing Tournament.

Makhamadjonov turned pro one day after his 18th birthday in April 2017, stopping Ravshan Rashidov in the opening round.

“I am excited to show the world my talent, hard work and dedication to my craft,” said Makhamadjonov. “I would like to thank my advisors, Michael Binyanminov and John Beninati, for believing in me. I would also like to thank Lou DiBella, who is a great promoter that will guide my career as I work my way up the ranks and toward a world title shot.”

DiBella believes Makhamadjonov has the goods to become successful in the pro ranks.

“I’m thrilled to bring on Uzbek puncher Ravshan ‘Beretta’ Makhamadjonov to DBE’s roster,” said DiBella. “Ravshan was a very talented and accomplished amateur. As a junior middleweight, he is in a stacked and competitive weight class, and I look forward to providing him the right opportunities to reach his full potential.”