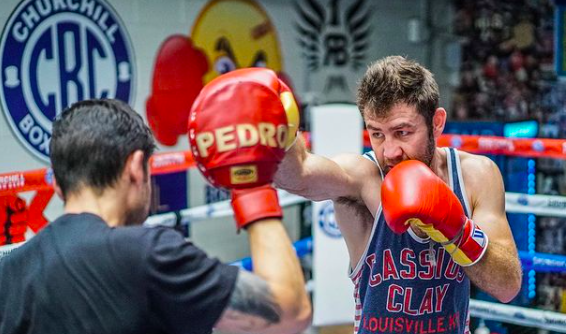 “He who is not courageous enough to take risks will accomplish nothing in life,” said Muhammad Ali in 1977.

South Africa’s Van Heerden (age 33; 28-2-1 record with 12 KOs) is on a five-fight win streak since suffering a TKO loss to Errol Spence, Jr. And he knows it’s smarter to grab at an opportunity, even one on short-notice, if he is to fulfill his life-long dream of capturing a world title in the United States. 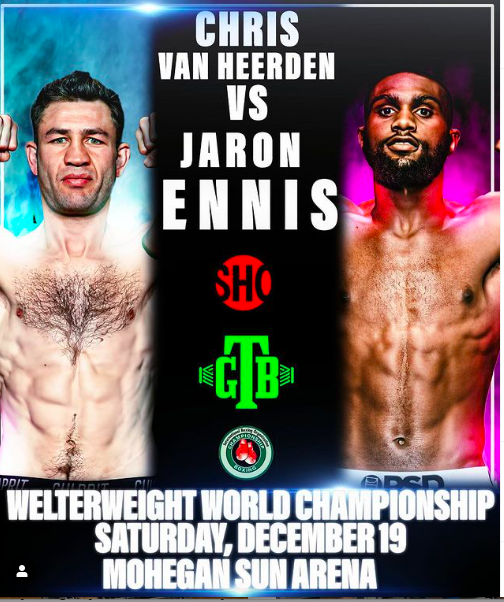 “2020 has been a bad year,” Van Heerden said. “If I say ‘no’ today, who knows when the next opportunity will come or if it will ever come. I am a fighter. This is my job. I am always in shape.”

Opportunity came knocking when Ennis’ original opponent Thomas Dulorme was forced to withdraw from the bout after testing positive for Covid-19. Van Heerden has never backed away from a fight and will not start now.

“I am so excited for this opportunity, but it’s deeper than boxing,” Van Heerden added. “When I left my home 7 years ago to come to the United States I had to leave behind my best friend and role model, which was my father. I missed out on so much time we could have spent together and then he was murdered two years ago.”

Van Heerden tries not to blame himself for not being there but also understands his father shared in his dream to reach for the stars and perform on the biggest stages of the sport.

“I can finally make peace with myself that I didn’t leave home for nothing,” Van Heerden said. “I chased something big and somehow, someway if I win on Saturday it can start to make up for it.”

Defeating Ennis (26-0, 24 KOs) is no easy task with a full camp let alone a shortened one, but Van Heerden believes he has the game plan to trouble the 23-year-old budding star from Philadelphia.

“I moved my camp from California to Florida to focus on this fight and escape any distractions,” Van Heerden said. “We worked on sparring and game-plan. We are ready to go. He hasn’t seen a fighter like me.”

Van Heerden, trained by Pedro Neme, believes his footwork will be the difference in the fight. And while he is very aware that Ennis has stopped his last 16 opponents, he is also keenly aware of the opportunities which will await him if he has a good showing and pulls off the upset.

“His record speaks for itself, but let’s face it, so does mine,” Van Heerden said matter of factly. “I only have one real loss on my record and it’s to one of the best pound for pound fighters in the world. Let’s see how Ennis responds when someone hits him back. He is not fighting a punching bag this time.”

Van Heerden attributes the loss to Spence, in September 2015, as a turning point in his career when he realized just how much his mindset can control the outcome. Van Heerden claims he lost the Spence fight before he even got in the ring.

“Not many people know this, but my manager abandoned me before the Spence fight,” Van Heerden revealed. “I had to do everything myself and then my coach Freddie Roach told me he is not coming to Toronto to be in my corner, so I just knew I had no shot to win. I learned from that experience and I prepare mentally as well as physically.”