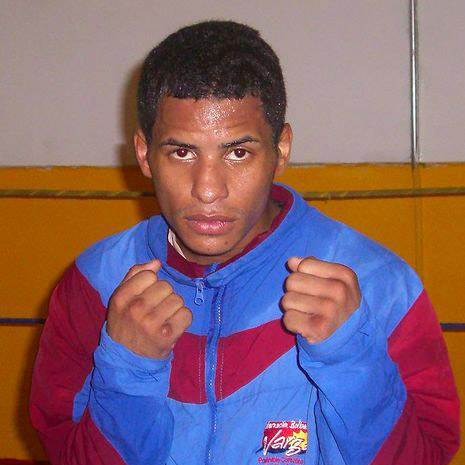 Carlos Canizales, who is ranked No. 3 at junior flyweight by The Ring, will face Jesus Silvestre Thursday night, a source confirmed to The Ring Wednesday morning.

The 12-round bout will take place at the Discoteca Kilymandiaro in Puerto Colombia, Colombia.

The 27-year-old has just one blemish on his record, when he fought to a split-decision draw against then-titleholder Ryoichi Taguchi in 2016.

Silvestre (37-7, 26 KOs), who resides in Tepic, Mexico, has won his last six bouts since losing by knockout to Juan Hernandez Navarrete in January 2016. The 31-year-old Silvestre twice challenged for a world title belt at 105 pounds, losing close decisions to Hekkie Budler in February 2015 and to Rio Miyazaki in September 2013.

Hard-hitting Franklin Manzanilla will square off against Jose Alfaro in a 10-round bout.

Manzanilla (18-6, 17 KOs), who is originally from Venezuela and now resides in Barranquilla, Colombia, lost by knockout to Azat Hovhannisyan in his last bout on September 5 of last year. Seven months before the fight against Hovhannisyan, Manzanilla dropped then-WBC junior featherweight titleholder Rey Vargas, but lost by unanimous decision.

Former amateur standout Gabriel Maestre (2-0, 2 KOs) of Venezuela, who knocked out former contender Diego Chaves in his last bout on December 19, will face Diego Vega Cota (16-4-1, 13 KOs) of Mexicali, Mexico in a 10-round bout.

Two fighters who also live and train in Barranquilla will also fight on the card promoted by Alberto Agamez.

Sanmartin (30-5-1, 20 KOs) has won 10 of his last 11 bouts with that loss coming by knockout to newly-crowned WBO featherweight titleholder Emanuel Navarrete in June 2018.

Fringe welterweight contender Jeovannis Barraza (21-1, 14 KOs) will square off against Jose Feria (24-9-1, 16 KOs) of Fundacion, Colombia in a 10-round bout. Barraza rebounded from his knockout loss to Maestre on July 6 of last year to defeat Fernando Silva by majority decision on December 19.