Carlos Gongora, unbeaten southpaw from Ecuador, is used to being underestimated 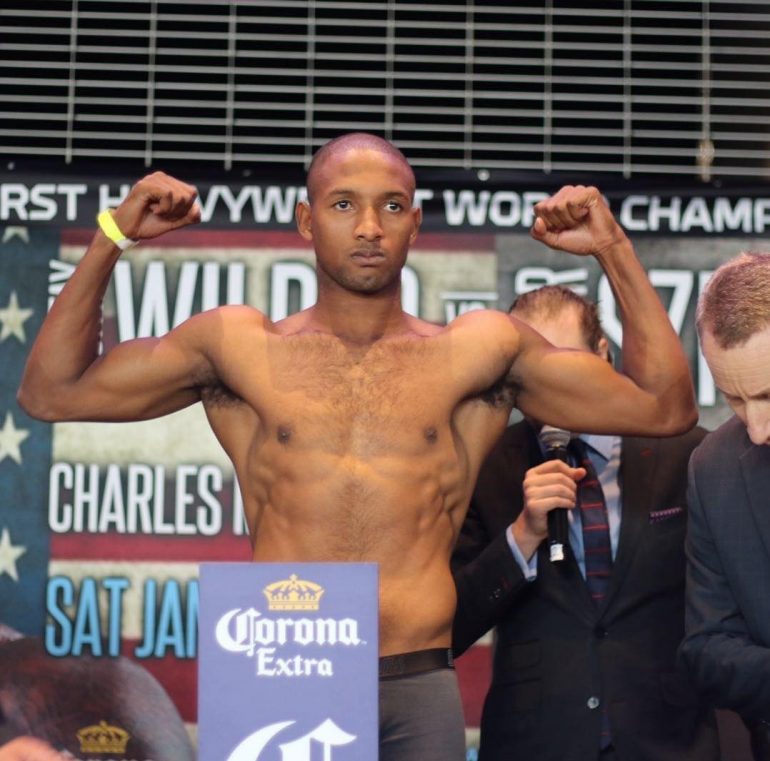 Carlos Gongora is the underdog heading into his fight this Friday against Ali Akhmedov. For many fighters, it’s a position that could prove disheartening. For Gongora, it’s a position he’s more than familiar with.

At the age of 12, Gongora and his older brother traveled eight hours from their home in Esmeraldas, Ecuador to a gym in the city of Coca, hoping to pick up the sport of boxing like their uncle, former middleweight contender Segundo Mercado.

The head trainer took one look at young Carlos and told him to find something else to do because he wasn’t built for boxing.

Instead of giving up, Gongora went to another gym, this one in Napo, to prove himself ring worthy. But he never forgot about Coca.

“I came back a year later, and I beat up all the fighters that were there,” remembers Gongora (18-0, 13 knockouts).

Now 31, Gongora has a chance to prove people wrong on a bigger stage when he faces the unbeaten Kazakh at the Seminole Hard Rock Hotel and Casino in Hollywood, Fla. on December 18. The 12-round Gongora-Akhmedov super middleweight fight takes place on the Gennadiy Golovkin-Kamil Szeremeta undercards, and will be streamed live on DAZN in the United States.

The eighth of eleven children, Gongora never met his father, and his mother raised them on the money she earned from cleaning houses. In the meantime, he was making his name on the international boxing circuit.

Gongora estimates he had about 400 amateur fights, earning bronze medals at the 2007 and 2011 Pan American Games. He made two trips to the Olympics, first in 2008 at the Beijing Games, and then four years later in London.

In Beijing, Gongora skated through his first two bouts before falling just short of medaling, losing to Vijender Singh of India in the middleweight quarterfinals.

“I left there knowing I could have done better,” said Gongora. “I wasn’t fulfilled.”

Four years later, he’d once again be left with a bitter taste. After squeaking past an Azerbaijani opponent in his first fight of the light heavyweight tournament, Gongora drew the Kazakh next, Adilbek Niyazymbetov, who outpointed Gongora on his way to the silver.

Gongora says that, despite traveling to Ireland and Turkey, there was insufficient sparring for the 7-man Ecuadorian boxing team.

“There was no preparation at all,” said Gongora. “There wasn’t a conditioning program. It was just people hanging out in the gym.”

Gongora is now based in Boston, Mass., where he trains with Hector Bermudez. Bermudez says he likes the fundamentals and mechanics of the 6’1” southpaw Gongora, who he says doesn’t have to load up to land with power.

“He’s very precise, very straight to the point,” said Bermudez. “He’s like a sharpshooter, he’s strong. I just like his accuracy and his intelligence.”

What he doesn’t like is this match-up, or at least the weight it’s being fought at. Gongora turned pro in 2015 at 170 pounds, but is a more natural middleweight, and has fought as light as 158 pounds.

The 25-year-old Akhmedov (16-0, 12 KOs) turned pro in 2016 as a light heavyweight, but has worked himself down to super middleweight since relocating to the U.S., where he now trains with Johnathon Banks, often in the same training camp with his promoter, Golovkin.

“I’ll tell you, from a technical standpoint, Carlos is a better fighter,” said Bermudez. What it will come down to, he says, is how much will the size difference be a factor.

“When they’re in the ring, is Carlos able to withstand the pressure that Ali puts on? And his strength? Because if he can, then it’ll be an easy fight. And if he can’t, then [Akhmedov] should be able to bully Carlos because of the weight.”

Gongora had been in Boston when the pandemic hit, but had already returned to his home in Napo, Ecuador when the fight was offered. Despite those circumstances, and moving up in weight, Gongora accepted the fight because he was promised big opportunities if he wins, said Bermudez.

Ecuador has never produced a world champion in boxing, and the closest the country came was in 1994, when Mercado knocked down Bernard Hopkins twice in a vie for the vacant IBF middleweight title in the capital city of Quito. The fight was declared a draw, and Hopkins stopped him in seven rounds in a rematch the following year.

Gongora wants to finish what his uncle started and be the first from his country to lift a world championship over his head.

“I do it for the Ecuadorian people, to have a legacy in Ecuador,” said Gongora.