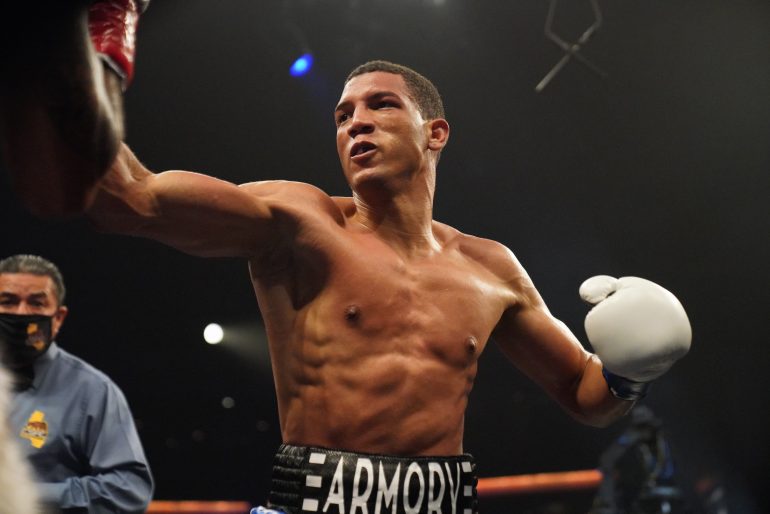 The 12-round bout will take place at the Shrine Auditorium and Expo Hall in Los Angeles, California and will headline a three-bout ‘FOX PBC Fight Night’ telecast (8 p.m. ET/ 5 p.m. PT).

Morrell (3-0, 2 knockouts), an amateur standout from Cuba, will take a significant step-up in opposition against Gavronski. Despite the ongoing COVID-19 pandemic, Morrell has been on the fast track since turning pro on August 31 of last year, knocking out Yendris Rodriguez Valdez in the opening round in Minneapolis, Minnesota, where he now lives and trains.

“I feel very happy about being able to fight before the year is out,” said the 22-year-old Morrell. “I want to reach the goals I set for myself and continue to provide for my family. I’m working toward being the best in my division and I know I will get there. I’m ready to take full advantage of this opportunity.”

In his last bout on August 8, which also took place in Los Angeles, Morrell defeated Lennox Allen by unanimous decision in a clash of unbeaten fighters.

Gavronski (26-3-1 1 NC, 16 KOs), who is originally from Bellevue, Washington and now resides in Lockport, Illinois, knocked out Tommy Hughes in his last bout on September 21 of last year. The 34-year-old has won his last two bouts since losing by knockout to Jesse Hart in August 2018.

“I’m very grateful for an opportunity in a big fight like this,” said Gavronski. “I’ve watched film of Morrell and I have great respect for his abilities. My team and I put together a great game plan and we believe it’s going to get me (a) victory on December 26.”

In the co-feature bout, James Kirkland will face Juan Macias Montiel in a 10-round middleweight bout.

Kirkland (34-2, 30 KOs), who resides in Austin, Texas, is best known for his all-out war against Alfredo Angulo in November 2011, which he won by knockout after overcoming a knockdown in the opening round and his knockout loss to Ring Magazine middleweight champion Canelo Alvarez in May 2015.

The 36-year-old Kirkland returned to the ring after a four-year hiatus from the ring, notching back-to-back knockout wins over Colby Courter and Jas Phipps, respectively.

Macias (21-4-2, 21 KOs), who resides in the boxing hotbed of Los Mochis, Mexico, fought to a split-decision draw in his last bout against Hugo Centeno on December 21. Macias’ most notable fight came in February 2017, when he lost by knockout to Jaime Munguia.

In the opening bout of the FOX telecast, 19-year-old Jesus Ramos (13-0, 12 KOs) of Casa Grande, Arizona will square off against Philadelphia’s Naim Nelson (14-4, 1 KO) in a 10-round junior welterweight bout.