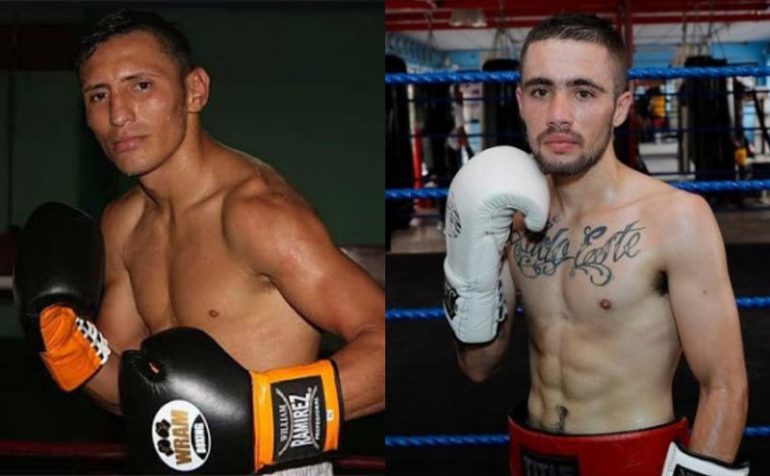 Following a boutless 2020, Deejay Kriel is aiming to make a statement in the opening days of the upcoming new year.

South Africa’s Kriel will seek his second title in as many weight divisions when he takes on Nicaragua’s Felix Alvarado for the IBF junior flyweight title on January 2 at American Airlines Center in Dallas, Texas. The fight will take place on the Ryan Garcia vs. Luke Campbell undercard.

However, Alvarado (35-2, 30 KOs), who is rated No. 4 by The Ring at 108 pounds, has long been the boogeyman of the junior flyweight division. The 31-year-old will attempt to defend his belt for the second time since stopping Randy Petalcorin in seven rounds to win the vacant strap in October 2018.

While Kriel can’t speak for his opponent, he can, though, attest to his work ethic.

“It has been a little disappointing not being able to fight this year,” he admitted. “But I’ve been active in the gym, and I have been working hard to prepare for my next date in the ring.

Kriel and Alvarado were initially set to meet April 25 at the Fantasy Springs Resort Casino in Indio, California, but the fight was delayed due to the COVID-19 pandemic.

With the additional eight months to prepare, Kriel is feeling confident that he will prevail.

“I’ve been working in the gym non-stop since the pandemic hit,” Kriel said. “I’m young, and I’m hungry.

“Alvarado is the best 108-pounder out of the champions, and I want to beat him and get that name on my resume. I’m going to make a statement.”

Like all-time greats Bernard Hopkins and Juan Manuel Marquez, Kriel, who went 3-3 as an amateur, lost his first professional fight.

In April 2014, Kriel (16-1-1, 8 knockouts) was outpointed by Colin Tloubatla but beat him on points in a subsequent rematch.

“The feeling of losing is something I never want to experience again,” he added.

It is safe to say that Kriel has lived up to his word. The 25-year-old has not lost in 17 fights and knocked out previously undefeated Carlos Licona in the 12th round to lift the IBF strawweight title in February 2019 in Los Angeles.

But Kriel is not what you would call a “one-hit wonder,” doubling down on his previous comment about defeat.

“I will never lose again,” he continued. “I keep on learning, and I keep on winning.

“I will beat Alvarado and I want to become a multi-division world champion. I’m going to show the boxing community that I’m the best in the world.”

Kriel would eventually like to fight as a bantamweight, but for now, is focused on

“I grew up watching guys like Roman Gonzalez and Juan Francisco Estrada. Like I said, I want to fight the best to prove that I’m the best.

“Both of them have a lot of fight left in them and these are the guys that I have to face.”