Lawrence Okolie blasts out Nikodem Jezewski in two, targets the best at 200 pounds 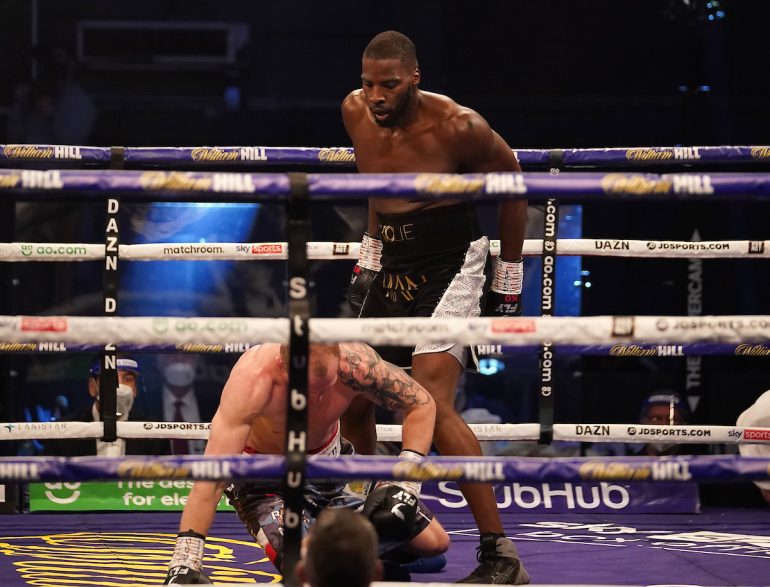 LONDON – Cruiserweight Lawrence Okolie was in a hurry to make a statement with a second-round demolition of previously-unbeaten Pole Nikodem Jezewski at the Wembley Arena on Saturday.

Shane McGuigan-trained Okolie floored the visitor twice in the first and then decisively with a piledriver right hand in Round 2.

Twice Jezeewski was hurt to the body and head in the opener, and twice his legs betrayed him after taking clubbing rights upstairs.

Referee Phil Edwards called a holt at 1-45 of Round 2 following a huge finisher.

Jezewski is now 19-1-1 (9KOs) and was a late replacement for Krzystof Glowacki, who tested positive this week for COVID-19 and was due to meet Okolie for the WBO title.

“[Krzysztof] Glowacki, [Ilunga] Makabu, [Mairis] Briedis, he’s going to knock everyone out in the division,” said promoter Eddie Hearn, who beamed at the aggressive work Okolie appears to have put in under McGuigan.